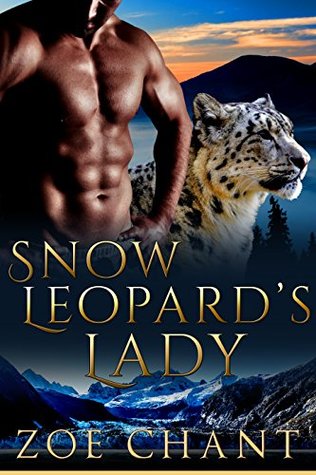 Mavis Williams is destined to be alone. Years ago, her ex kicked their daughter Nina out for being a shifter, and Mavis’ heart was broken. Now, she’s finally been reunited with Nina, and moved to beautiful Glacier Park…but she can’t let go of her guilt and grief. And there’s no one in her life to help.

Colonel Wilson Hanes, Marine and snow leopard shifter, has dedicated his life to the military, served in combat, and been promoted to a high-level job in Washington. After decades of service, he’s realized that when he retires, he has nothing to look forward to. He’s married to his job, and it’s too late for him to find a mate, let alone a family.

But when Wilson comes to Glacier Park for a wedding, he’s captivated not only by the rugged wilderness, but also by the quiet, graceful woman he meets there. And Mavis is shocked to feel a connection that she’d thought would never happen–with a man who understands the tragedies life can bring. Can Wilson show Mavis that love is nothing to fear? And what happens when Mavis’ ex starts to stir up trouble?

I was already looking forward to meeting the “Major” that Cal often talked about, but to discover that this story is the beginning of a new spin-off series from the Glacier Leopards was a very special treat.  I also want to mention that as an over 40 years of age reader myself I’m really loving seeing many authors in the Shifter genre adding intriguing and sexy stories about people who are no longer in the first bloom of youth.  Emotions and physical expression of those emotions does not stop at some preordained age – romance is ageless, and I’m very glad to see that represented in my favorite genre.

If you’ve followed the Glacier Leopards than you’ll recognize Mavis as Nina’s mother, adopted mother.  Mavis has been through some hellish years when her former husband kicked Nina out of the house and disowned her when it was discovered that she was a shifter.  The guilt and anguish of losing her daughter kept Mavis in a horrible marriage only because she wanted to be there should Nina try to come home, that was the only reason for she now fully despised her former husband.  When she was reunited with Nina she was done with living that lie and stayed close to Nina in her new home and her new mate.  But she’s an outsider still in many ways, desperate to make up for the time lost with her daughter yet trying to step back and enjoy Nina’s new life as it unfolds.  Romance is the last thing on her mind, yet one handsome, distinguished gentleman will put that resolve to the test.

Wilson is very much a career military man, married to his job.  He no longer battles the enemy on the war front but instead does daily battle with paperwork, miles and miles of paperwork.  As a snow leopard shifter Wilson has never actively searched for his mate believing that it would be unfair to ask a mate to endure the pain of a mate who faces war constantly.  These days, these lonely days, Wilson is questioning that decision but nothing can be done about it now.  When he receives a wedding invitation the memories of the man who once served with Wilson, and the location that Cal now calls home set a spark aflame in one military man’s heart.  Yes, heading to Glacier would be the perfect escape – for a while at least.  Wilson has no idea that his forever is waiting for him in the beautiful mountains and forests of Montana.

I loved Snow Leopard’s Lady on so many levels.  Mavis deserves happiness, she certainly does and Wilson is the perfect man for her.  It was heart warming to watch Mavis come alive again and take even further control of her life now.  Among catching up with old friends from the Glacier Leopards series we also meet four other veterans who served with Wilson – I’m definitely looking forward to their stories in this spin-off series.  Just the brief glimpses we get spiked my curiosity of this diverse group of men.  Overall, this was an excellent story as a way to start off a new series and yet allow us to keep in touch with favorite characters we’ve come to love.  I would highly recommend Snow Leopard’s Lady to any Paranormal Romance or Shifter Romance reader who enjoys heartfelt romance, a bit of danger, intriguing secondary characters and a story that will touch your heart.

Available for the Kindle (Love This Cover)