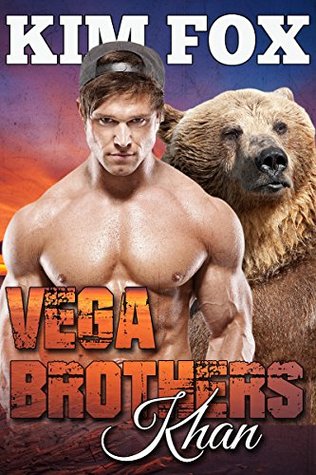 With the family ranch still in danger of being turned over to the state if the Vega Brothers do not meet the terms of their father’s will, the next brother to go mate searching is up… and he is not thrilled about this at all.  Khan knows who his mate is, he knows she should have been at his side all the years that the military wrongfully stole from them.  He knew that summer that Bailey was here in Montana that she was his mate, but before he could tell her he and his brothers had been taken into the special forces – the type where shifters are forced into serving and those they love are threatened if told what is about to happen to their loved ones.  Yeah, pretty crappy deal.  Now he has no choice but to sign up at the dating site his brother, Julius had found his mate on and hope for the best – someone he and his bear could tolerate, at least until the deed to the ranch was signed over to them.

Fate is a tricky little witch – she often takes away only to give back even better.  And both Khan and Bailey are about to find that fate may be delayed, but never forgets.

I had such fun with Khan, Bailey and little Liam in Khan’s story.  Two people in love when fate and outside forces had separated them unfairly at the worst possible time.  Khan never knew he had a son and to see this huge, growly bear turn soft as a teddy bear was so delightful.  Big bad bear, with the bullet holes in his body to prove it is stunned and softened by one wee little boy, a charmer and his son.  And by the woman he’s never stopped loving.

With a few twists that I didn’t see coming, although I should have, Vega Brothers: Khan is such a moving, sexy story.  You’ll fall in love with a little bear cub almost as much as this couple.  If you love Shifter Romance then this story and this series is one you should be reading.  Family. mates, kids and home… all the fun parts of any romance, toss in some strong bears and you’ll be in love too.

I read this title through my Kindle Unlimited subscription.  Best ten dollars I spend every month.