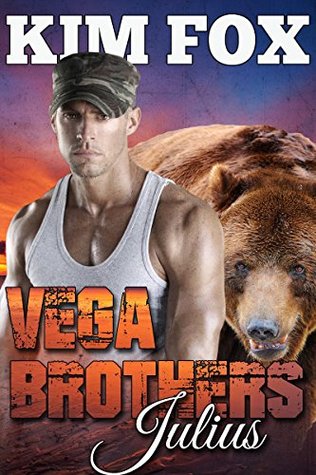 The four Vega brothers have finally left the special military unit behind and returned home, unfortunately not before their father passed away.  They each mourned in his own fashion and set about running the family ranch together.  But… dad had a different idea.  The boys’ mother, although mate to their father, had done the unthinkable – she’d left them all and took off for her own life far from her mate and her children.  The brothers really only had the memory of the fights, the belittling and the leaving them to have any feeling about what a mate could or should be in their lives.  They’d vowed to remain mate-less because who needed that kind of pain.  In a recording of his will, their father laid out to them what a mate could be and he was not letting them go through life with only their brothers for support.  No.  In order to inherit the ranch and keep it from being turned over to the state, each brother had to find his mate within one year.  Airtight, no way to break this will.  Oh, and the first brother had to be mated within one month.  To say there was an uproar at the Vega Ranch would be an understatement.

One should never, ever mix the medicine given for a root canal along with pain pills and wine.  She’d been told not to do exactly that but  Ava hadn’t listened.  As a result, in her uninhibited, totally drunken state of mind she’d done some serious damage to her life.  She’d broken up with her boyfriend, who she suspected was sleeping around on her anyway, left a detailed voice message explaining her thoughts about her boss and her job on her boss’ phone.  And to top it all off, according to the sexy voice on her phone this morning after, she’d also signed up for a bridal service kind of dating site – where she was the woman looking to become a bride.  Never again would she mix pain medication and wine.

Vega Brothers: Julius was a fun introduction to the brothers and their situation.  Each brother has a vastly different personality, and each reacts differently to the news that they must find their mates.  One brother is so near to out of control, so angry that he’s going to be endangering them keeping the family ranch by his actions.  Julius is the first brother to need to find his mate and he goes on a dating site and sees a picture of a woman who makes him sit up and take notice.  His intention is to date, mate and divorce any woman once the deed is in their names… but Ava was turning out to be someone that he could care about, could see himself settling down with and the bond sense pretty much told him he’d found his true mate.  Now he had to convince her that his love for her was real and not some scheme to keep the ranch.  And it wasn’t going to be easy.

I’m enjoying this series and am heading over to pick up the next one in this series.  If you enjoy Shifter Romance, sexy times, an interesting story line and characters who will capture your attention and your heart – then this set of stories should be on your reading list.