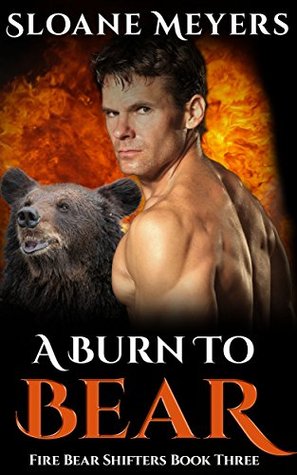 Librarian River Bennett loves most books and hates most men, but she breaks all her rules about dating to take a chance on the handsome stranger she meets in her town’s newest pie shop. After a rough start to the relationship, she begins to fall in love for the first time in years. But when an accident on her new boyfriend’s job forces him to reveal an unexpected secret, River feels betrayed, and unsure of whether she can ever trust him again.

Smokejumper Luke Griffin is a man’s man—fearless and tough as nails—and not interested in wasting time on a woman. Not interested, that is, until he meets the beautiful River Bennett. He’s no expert at romance, but he does his bumbling best to show River how special he thinks she is. His efforts seem to be successful, and the only hurdle left in their relationship is figuring out the best way to tell her that he happens to be a bear shifter. But when a botched parachute landing forces his hand before he’s ready, he’s left trying to pick up the pieces of River’s shattered trust.

Sexy shifters and their feisty mates who aren’t shy about loving each other – so, this is an adult,
18+ reader tale.

Luke has finally found his mate in the last possible place or person he ever expected. Beautiful and admittedly geeky librarian River isn’t willing to give hot, handsome men much of a chance. And when Luke is called out to fight a wildfire just before their first date — well, let’s just say that the librarian has a fiery temper and limited second chances.. like none.
When Luke gets back and hears River’s angry messages on his phone he’s not anywhere near to believing that he can fix this. But he’s going to try. He knows that River is his mate and he’s not about to let her go quietly.
A Burn To Bear is a fast, action packed story that brings together an amazing shifter and a cautious woman. Luke is a charming man who was hurt badly and for him to reach out for that second chance is huge. River is worth the risk, she just might need a bit of space and time. Hopefully not too much.
I enjoyed this addition to the Fire Bear Shifters series very much. And now on to the next story in line. If you love shifters, paranormal romance or simply a very good story then please check out A Burn To Bear for yourself. It’s worth the risk.
(This title was originally reviewed at my Haunted Bookshelf blog.  I wanted all of my shifter romance reviews to be in one place so this was moved over to Shifter Haven.  Both reviews were written and created by me.)
Available for the Kindle