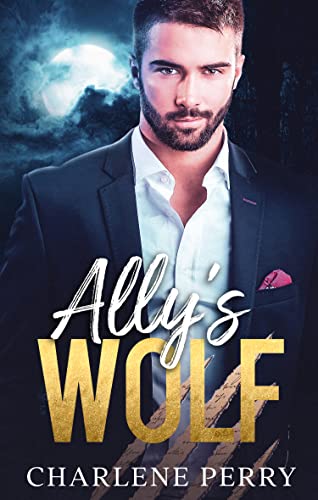 She’s a human with grand ambitions.  He’s fighting his animal instincts.  Will their undeniable attraction turn business into pleasure?

Ally Mills’ big dreams are on rocky ground. Her fledgling housekeeping service has hit some bumps, including insulting a seductive suit too cocky for his own good. So when she’s offered a lucrative gig in a mansion, she snaps it up… only to be horrified that her new boss is the far-too-sexy hunk who pushed all her buttons.

Adam Velovaux believes his half-breed status is a cruel joke. Rejecting pack traditions that declare him unworthy, the self-made billionaire refuses to be vulnerable. But his careful defenses crumble when a tempting maid turns out to be his fated mate.

As Ally explores the estate’s grounds and uncovers secrets meant to stay hidden, she fears giving in to the red-hot chemistry means risking her life goals. And Adam wrestles with keeping her close, keenly aware surrendering to his non-shifter match will spur ruthless rivals hungry for blood.

Will falling for a werewolf destroy her future or open up a chance for happily ever after?

Ally’s Wolf begins the Maid for the Shifter series with a storyline that intrigues, characters who invite you in to learn more of their world, and steamy chemistry that leaps off of the pages.  I’ve not read this author’s work before yet I was easily captured by the idea of Adam and his pack, Ally and her friends, and watching this couple come together almost against their own will was a delightful and fascinating experience.

I liked the lore of this world as well.  And to dive too deeply into those thoughts would lead to possible spoilers that you should uncover yourself.  Ally might be “only” human but she’s strong, stubborn, and not easily pushed around as Adam quickly discovers for himself.  I really enjoyed the growth of Adam throughout their story, his changes in attitude were obvious as we watched his struggles and he came to the conclusions about what was most important in his life.  His mate, first, last, and always.

Of course, Ally’s Wolf is sinfully sensuous this is most definitely a sizzling, sexy romance.  Yet, we’re also discovering just how deeply a wolf in this world can love, and that knowledge is a fun journey.  I happen to love watching a strong Alpha fall without losing his power but with a better understanding of emotions and his pack.

I really enjoyed myself here and will be waiting for Kira’s Wolf to release close to the end of the year.  If you love a good, solid plot, a sexy romance, and a storyline that keeps you on your toes then checking out this story and series should be on your radar.