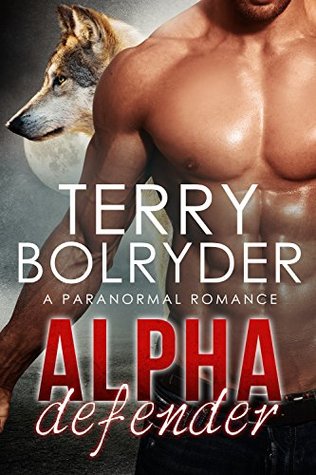 Lacey “Matt” Wolford has always been a good little wolf. Raised as a boy when her father, leader of the shifter Tribunal, had no sons, she’s always had to push her real self down below the surface. But when her father decides to take a real male as heir, and wants to marry her off to a stranger to make her disappear, Lacey decides it’s time to be bad. So she runs to the only wolf who can keep her safe.

Thornton “Thor” Wilder never expected the spoiled son of the tribunal to land on his doorstep looking for sanctuary. But when Thor discovers that “Matt” is actually Lacey, a strong alpha female who is more than meets the eye, everything changes, and the passion that once made them clash as enemies has them steaming up Thor’s cabin.

But when Lacey’s past catches up to her, Thor will have to convince her that not only can they get along, but they just might actually be fated for each other. That’s if he can protect her long enough to make her see it as well.

Has a connection (Thor) with the Alpha Contender serial.

I love going back to the earlier works that I’ve missed from now favorite authors.  So picking up Alpha Defender was the perfect way for me to spend a quiet Christmas Eve at home.  Someone has to stay awake to wait for Santa.  *grin*  I really wish this one had been the start of a series for there were secondary characters that I’d have loved to visit with again.  Maybe one day, or I’ll find them within another series – always a treat.

Her entire life Lacey had been hidden from everyone, especially pack members and those outside the pack.  In her father’s powerful position without a son he was determined to make a son for himself by hiding her identity, so she became the son of the most powerful wolf in the Tribunal.  Right up until the moment when her father no longer needed her and was willing to put forth a son-in-law as his heir apparent.  She was to be married off, sent far away from her home and family – nothing more than a piece of property that had outlived its usefulness.  Not going to happen.  As the leader’s son “Matt” she had granted a favor to one wolf who now lead his own pack.  Thor owed her, and he was about to pay up.

Thor and Lacey’s story is intense with several twists and turns, as well as hidden agendas kept from them both.  I liked them as a couple and as an alpha couple as well.  They had their moments of trying to be the top wolf but the affection, and yes the physical attractiveness soon did away with that.  They worked best together as one smooth unit, and their pack is very secure under their leadership.  I really would have liked more, but I certainly enjoyed the story I read, very much.

I’d recommend this story to any Paranormal Romance or Shifter Romance reader who loves an intricate storyline, interesting characters and threads woven throughout that tie the layers of the story together.