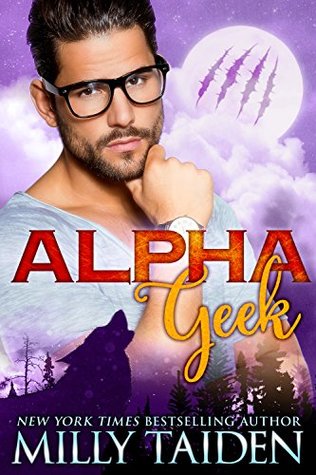 I’ll be very upfront – if you do not enjoy smokin’, sizzlin’ hot, get out the fire extinguisher Shifter sex… then this one might not be for you.  But if you enjoy Milly Taiden’s stories you know what your’e gonna get and it’s hotness.

I’m going to admit to a life long love affair with Clark Kent otherwise known as Superman.  I mean, the glasses, the muscles, the eyes, that smile, oh that dimple.. come on, you know you love him too.  I also admit that there has only ever been one Superman for me and that’s Christopher Reeve.

But Knox?  This geek is super hot (and you’ll get the Superman reference when you read it *wink*)  I certainly cannot blame Scarlett for her fascination with this man.  Too bad he’s human and she’s a lioness shifter… she’d claw him alive if she ever got him into her bed.  Right?  He’s her boss and she shouldn’t be having thoughts of tossing him on the conference table, but what’s a girl gonna do.

When Scarlett reluctantly attends an early Halloween party hosted by Knox she never thought that everything was going to change in a heartbeat.  But it did and now she’s trying to save her mate’s life after an attack that will have such interesting results for them both.

Alpha Geek is such an unadulterated fun story.  Yes, it’s sexy as all get out, and has an interesting plot but it’s a fun read as well.  And sometimes sexy and fun fits my needs perfectly.  If you’re in the mood to sizzle and giggle… pick this one up soon.