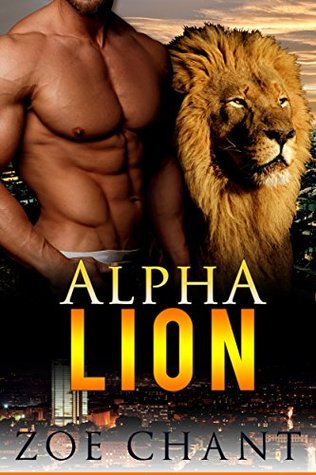 Curvy Samantha Holt is at the end of her rope. After getting laid off, she applied to every job she could, and finally got one…as a night security guard. With no training and no backup, she’s outside all night, every night. And one night, the odds catch up to her.

Alpha lion shifter Dale Addison wasn’t expecting to rescue a gorgeous woman while out on an early-morning run, but once he has, he can’t get her out of his head. He lost his faith in destined mates a long time ago, and even if he had a mate, she certainly wouldn’t be a human…but he can’t stand thinking of Sam out there alone. When he invites her to take a self-defense class at his martial arts studio, it’s not just to protect her–it’s to keep her close.

Sam and Dale’s connection can’t be denied. But can Dale admit to himself and his pride that he has a human mate? Can Sam find a lioness’ heart inside of her? And what happens when Dale’s longtime enemy decides that Sam is the leverage he needs to make himself alpha in Dale’s place?

Lion Shifters are definitely sexy and hot – and they love their mates, so this is 18+ reader

Read on for my thoughts on Alpha Lion.

Samantha is working the night shift as a security guard, walking around the outside of a business that really doesn’t have anything physical to be stolen – but the bosses want the illusion of tight security.  Sam isn’t trained to be a security guard, but since she’s recently been laid off this is the only job that has been offered – and the rent needs paid.  So far she’s had no troubles and the quiet nights have been more boring than anything else.  Until tonight.  Tonight four young men out to be jerks do their best to intimidate, harass and in general cause trouble for Sam.  And just when she’s cornered and desperate – a strong, commanding voice speaks from behind her.

Dale could never stand to see the weak overpowered by a gang of weaker people, strengthened only by their numbers.  This beautiful security guard did her best, but it’s obvious that she’s untrained and was easily outnumbered.  Not on his watch.  As the young thugs tried to keep up their smart talk and abusive actions toward the woman, Dale had enough.  He shifted.  To say that they scattered to the four winds when faced with a very angry, very large lion shifter.. would be an understatement.

Sam knew of shifters, but she didn’t know there was a pride in the city.  Grateful for this man’s help and still so very scared she leaned into him for just a moment of comfort.  Dale didn’t believe in fated mates.  His parents certainly weren’t a good example of this “being in love with your mate” crap.  But he had to admit there was something about this woman in his arms, her scent, her… just her actually.  Even when scared she’d put up a good fight and even now she was pulling back merely taking that moment to collect herself against his chest.  His instinct was to pull her back to him – but, no that wasn’t going to happen to him.  He stayed around until her shift was over, then walked her home.  He ran a mixed martial arts studio and offered her free self-defense lessons – just so she’d be safer on the job.  His heart wasn’t supposed to race waiting for her answer of yes or no.  Dammit, he didn’t believe in fated mates – but fate seemed to have a different, laughing opinion.

Dale and Samantha’s romance in Alpha Lion is a pure gem.  I love this couple.  Sam is not weak, she’s just untrained.  And with Dale’s assistant at the studio helping her, she can kick butt in no time.  Which is good because there is big trouble ahead for Sam and Dale.

Dale is an hereditary Alpha, meaning it passed on to him upon his father’s death.  For the most part his pride was contained, content and were prospering – except for a few that wanted trouble, or more specifically Dale’s position as Alpha.  When that battle within the pride extends to Sam, Dale will do anything to keep his mate safe – even fight to the death.

I haven’t seen if this story is part of a series.  I know of the author and have enjoyed her work before.  But if it isn’t yet – I’d love to learn the stories of some of the members of Dale and Sam’s pride – they are amazing.  If you love shifters then this is one that you’ll want to pick up.