Posted May 16, 2018 by Marsha in Shifter Connected, Shifter Series / 0 Comments 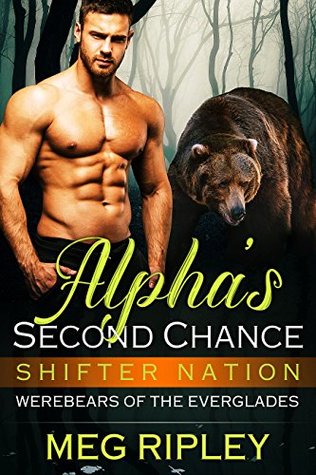 Owen thought he had his life all figured out. He was the Head Ranger of the beautiful Everglades National Park, Alpha of a loyal bear clan and alone. Since saying goodbye to Addie years ago, he’s never found love again–and he doesn’t want to. Determined to focus on his career and clan, his plan was working fine. Until she wanders into his park and back into his life.

Addie has just graduated college and is heading off to the park to celebrate by camping with friends. When she runs into her first love, all feelings of heartbreak resurface. She does her best to move on and enjoy her girls’ vacation, but struggles when she realizes she’s not over Owen after all.

Addie hopes to rekindle things with Owen, and deep down, Owen wants the same, but his secret has forced him to shut her out from his heart. How could things ever change between them if the truth stays hidden? With new forces coming against them both, will they be able to rely on each other and give their love a second chance, or are things really over for good?

Titles in the Shifter Nation:  Werebears of the Everglades include:  Alpha’s Second Chance –

Alpha’s Second Chance is the fast paced, steamy romance between Owen and Addie, high school sweethearts since the age of 14.  Owen had every intention of marrying Addie and living their own happy ever after right after high school – but his parent’s intervention, a unique Alpha rule for their bear clan got in the way of that happy ending.  As they were set to go off to different colleges he broke it off with a lame excuse of distance – but he knew he was setting her free because he could not marry her.  And if he couldn’t marry Addie he had no intention of marrying at all, Alpha or not.

Now, years later, Addie and two friends have come to the Everglades for a “just graduated from college” vacation before facing that real world with jobs and schedules set in stone.  Being back in the Everglades brought back memories of the boy, the man she’d never stopped loving – even if he didn’t want her any more.  When she runs into Owen it’s as though nothing has changed.  But they both have.  This time around Addie wants answers if not closure with the man she’ll love until her last day on earth.  An ongoing feud with another shifter clan is going to put Addie and Owen right in the middle of danger… and a startling discovery.  Maybe there were second chances after all.

I had fun with Alpha’s Second Chance.  Owen and Addie were believable, and the secondary characters were interesting and made this story come alive.  Some danger, definitely steamy moments and a love that never should have been denied make this an entertaining and simply fun story to get lost in for a bit.  I would definitely recommend this story to any Paranormal Romance or Shifter Romance reader who loves a good story, likable characters, a touch of danger and a love that deserves a second chance.