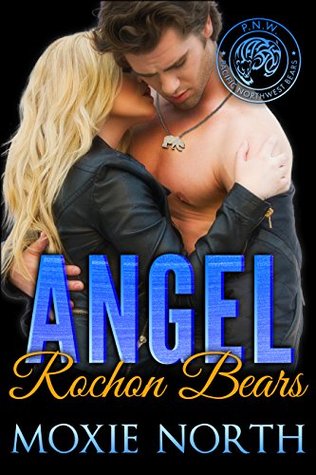 It’s one thing to find your dream. But what do you do when it changes?

A bear eager to leave the woods …
Unlike most of his family, Angel Rochon doesn’t want forestry to be his life. His real love is music. All he has to do is reach out and take hold of his dream … until the night he meets a sexy older woman at a local bar.
Becca isn’t just hot — she’s everything. Angel knows what he wants — but convincing her he’s serious is a challenge.

A woman waiting for King Charming …
Becca Kelly wants a man, not a boy. Someone who’s worked through all his youthful issues and has his act together.
Angel Rochon is impossibly sexy. Wanting him is easy … but that doesn’t mean he’s ready to be someone’s life partner.

A time to choose …
Can Angel and Becca let go of the dreams that have shaped their lives and embrace a new one together? Or are their differences too great to overcome?

This is going to be a difficult review to write.  I’m going to want to talk about this story, and if I do that then there’s a good chance that I’ll give away spoilers – and I don’t want to do that.  So I think I’m going to try to make this shortish – with the statement of I hope you’ll read Angel.  It will be a story and an experience you won’t soon forget.

Angel Rochon is one of the cousins and younger brother of Eddie Rochon (the doctor) within the large Rochon clan family.  Angel made the decision to not go to college, his heart is not truly in the forest and the companies that make up the Rochon lumber dynasty.  His love is music – the creation of the notes, finding just the right words to tell the song’s story… that is where his love is now.  But he also hasn’t made the leap to leave home and pursue that dream either.  It’s as though he and his bear are waiting for… something.

This night Angel has been in the bar for hours.  He’s not drunk but he is past that fun buzz feeling.  As his eyes wander around the bar and the dancing couples he catches a scent – coconut and woman, which makes he and his bear sit up and scan the dance floor for the woman.  He finally singles her out and determinedly makes his move across the floor.

Becca and her friend Alicia are pleasantly drunk, enough so that dancing together on the bar dance floor makes perfect sense.  They are here celebrating the engagement of a co-worker, and letting their hair down as they’ve reached that happy buzz moment of a good time.  She feels a man come up behind her and start to move with her in time to the music.  Ready to tell this stranger to get lost, Becca looks into the eyes of the sexiest man she’s encountered in forever and quickly falls under his spell.  After some sexy dancing they make the mutual decision to move to the motel next door – one night, what could it hurt.  What follows is the most erotic, sensual encounter I’ve read in Shifter Romance in a long time.  Angel is dominance and control – not in a power over women way, but in a draw out her pleasure and intensify his own fashion.  There is no way to describe this except to tell you to read it yourself.  Smokin’ hot does not even come close.

The next morning brings in a dose of reality for Becca as she quietly leaves the motel room without waking Angel.  There is a fourteen year age difference between them – and she knows this was one night, one amazing night on the drunk side of life.  They’d both be better off without a morning meeting full of regrets and awkward goodbyes.  That is where Becca is so very wrong.  This is just the beginning.

Angel is the story of a sexy younger shifter who finds his mate early in life.  We get to watch a young man who is drifting in life change into a strong man with a plan, a purpose and a desire to make this one woman his own forever.  It’s going to be a battle, Becca is going to fight him on every turn.  But Angel knows what’s at stake and he’ll do anything to make her see that age is not the important part of life – finding that one person who loves you just as you are, who completes you is what matters.

I suspect we have at least two more stories to come as Angel’s cousins were mentioned often.  They are a tight knit unit of family and friends, and I’m looking forward to their stories at some point.

Moxie North has taken the Pacific Northwest Bears series to a whole other level and I cannot wait to see what comes next.  I would highly recommend Angel, even if you haven’t read the rest of the series… this is one you’ll want to read.