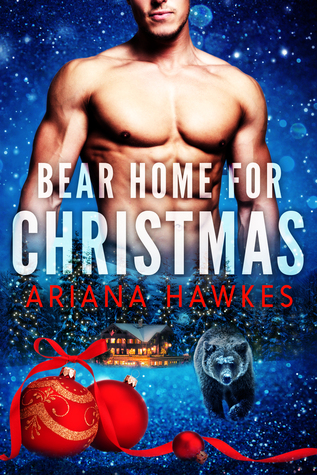 Orphaned Noelle Hollis has nowhere to go for the festive season. A half-baked plan has brought her to the small town of Northwood on a freezing, snowy night two days before Christmas. When it comes to nothing, leaving her cold, lonely, and mad at herself, she breaks down in a cafe.

Ex-soldier and bear shifter Granger Sullivan is on his way home for Christmas, but first he’s determined to track down his wayward brother, who’s run away from their parents. While having a pitstop in a cafe, he runs into a beautiful, yet distressed girl. He only intends to comfort her, but he’s quickly drawn to her sparkly personality and sexy curves.

A snowstorm puts Granger’s plans on hold, but has the side-effect of throwing the two of them together. Will Noelle be able to put her misgivings about people aside and trust that Granger really wants her? And will Granger be able to convince her that he wants to take care of her – not just for Christmas, but furrever!

A sweet, sexy and heartwarming story about loss, redemption and family reunion, perfect for the holidays!

This bear puts off some definite heat – 18+ readers.

Read on for  my thoughts on Bear Home For Christmas.

Sometimes fate just seems to put us in the right place, at the right time, with the perfectly right people.  That is what has happened to Noelle and Granger.  Noelle refuses to spend one more Christmas alone in her room.  She makes the trip to the hometown of a foster family that was very kind to her as a child in the hopes of finding that Christmas magic feeling.  When she discovers they no longer live there she walks through the small town taking in the Christmas cheer and steps into a cafe for a hot drink.  And at the sound of one particular Christmas carol breaks down in tears.

Granger had noticed the tiny, beautiful woman when she stepped on his toes in the line for coffee – like a little thing like her could hurt his huge feet.  Now seeing her crying a few tables away he is compelled to go and comfort her – which will turn out to be the best decision he’s ever made.

Noelle and Granger will spend time together on the search for his younger brother who has run away with his girlfriend.  It is Granger’s intention to get them both home for Christmas and invites Noelle as well.  He is feeling the call of his mate sitting next to him.  How he’s going to explain that he’s a bear shifter or what their future holds he’s not too sure about.  But he knows that Noelle is his mate and he will do everything possible to make her happy this Christmas and beyond.

Bear Home For Christmas is one of those stories where you are hit with the physical need to say “Awwww”  – a lot.  Noelle will have you wanting to give her hugs and Granger, well he’ll invoke the need to hug him for other reasons.  He’s such a teddy bear – well, actually he is a bear shifter but a completely sweet and charming one.

This is one of those times when you discover a story that just makes your heart happy.  And that is a good thing at any time of the year, but especially at Christmas time.

Pick this one up, just because it will make you smile and maybe sigh a bit.