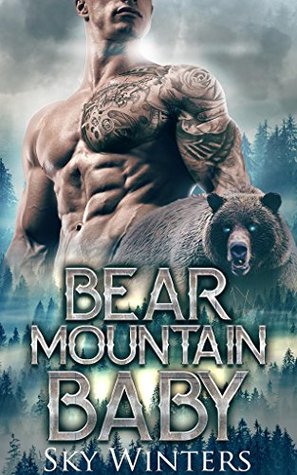 He might be the sexiest bear on the mountain, but he doesn’t want to raise another man’s baby!

Ian
I’m pissed my brothers let this runaway bride into our life. I can’t be responsible for a pregnant lady, no matter how hot she is. Protecting her is a fool’s errand. I’ve learned from experience. My life is better without a woman in it. And her baby? Screw that. I want nothing to do with them. Except maybe a one night stand….

Olivia
I have to escape my future husband. I can’t let him harm this baby like he harms me. And now this mysterious man that is the only one that can protect me, wants nothing to do with me. He is cold and distant. The last thing he wants is to be responsible for another man’s child. But when we touch the chemistry cannot be denied. I can’t stop thinking about him being inside of me. But how do I get inside of his heart?

Occasionally I feel the need to check other review sites before writing up my own review when I’m just not sure if my reaction to a story was totally me or if there was something that others caught as well.  And it seems that I’m going to be in the minority here with my barely there 3 star = a good story review.

At the ending of the previous story, Bear Mountain Bride, all the brothers and the other men of the Compound had found their mates and were popping out babies left and right.  Every single male had a mate.  And it was revealed that pregnant Tessa and Atticus were having twins, a boy and a girl… and specifically mentioned that was a great omen as the boy would follow in his father’s alpha position and the daughter would follow Tessa’s position as leader of the women of the clan.  Imagine my surprise when we are introduced to Tessa’s twin boys in the followup story of Bear Mountain Baby.   Ah, yeah, a bit of confusion there.  And if all the men, including all the brothers were married at the ending of the first book why was Ian available.  Well, we are given a plausible reason for that but it played some mind games with me as I was certain that with every single available male mated how was there going to be any other story let alone a series from this beginning.

So I’m left very much in the middle of the road on this story.  I didn’t hate it.  I also didn’t love it.  I finished it more out of curiosity at how the main plot would end with Olivia and her almost husband/husband (depending on who is talking exactly what Brody was) and if she and Ian got a happy ending for them.  Spoiler:  they did.  With the first book I had the hopes of an interesting series with several brothers and other men of the Swift Compound.  I suspected at the ending of the first that wasn’t what I was going to find but hoped the second would prove that wrong.  Nope.

Olivia’s story is intense.  And I’ll leave the rest of my opinions in my own head.