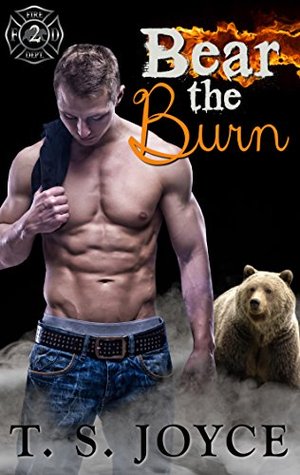 Quinn Copeland is starting fresh in a new town where nobody knows about her past. Chronically shy, she is determined to find her courage at her new job at the town veterinary clinic. But when a stoic stranger catches her in a moment of emotional turmoil, she learns that even the toughest looking men can have warm hearts. Unfortunately for her, Dade Keller keeps his secrets close to the vest, and what she doesn’t know about him could kill her.

Dade doesn’t feel anything. Not until he finds a mousy vet technician huddled in a corner crying. Human, submissive, and shy, Quinn couldn’t be further from what he would need in a mate. The Breck Crew is in the middle of a crisis that will alter their fate forever and throw their loved ones in the crosshairs of the human public. The last thing a woman like Quinn needs is to be weighed down by what he is, but his reluctant attention to her doesn’t go unnoticed, and keeping her out of harm’s way isn’t possible anymore.

With their deepest secrets exposed, Quinn will have to find her bravery and decide if Dade’s fight is now her fight, too.

Read on for my thoughts on Bear The Burn.

In any series that you’ve invested time and emotions into there are going to be pivotal stories, ones that resonate just a bit more with that part of your reading soul that connects with these characters.  Bear The Burn was one of those stories for me.  Every author creates their own unique universe.  In some Shifters are hiding in plain sight, but keep their secrets to themselves and their mates.  Others have Shifters living among us as a natural thing, no big deal.  But rarely do we get to see that transition from hiding and secretive to exposing themselves to a wary world.  In the real world that we readers live in we have seen numerous, every day occurrences of people who are shunned, hated and feared simply because of a label.  The mob mentality is a very real thing.

Bear The Burn begins a change in the Shifter world.  While the members of the Beck Crew had already begun thinking about showing themselves to the world as a way to stop the blackmailing tendencies of the IESA and others who would use them for their dirty work or endanger their own families – it wasn’t Cody’s plan to come out quite like this.

When Dade first met Quinn there was a spark of interest, this tiny human who had such a tender heart pulled him towards her without knowing it.  He refused to think of mates.  There was no way this shy, submissive human could possibly be his mate, they were far too different.  And besides, he had stopped feeling long ago so how could he offer that love for a lifetime to anyone when he could care less if he lived or died.  But fate will not be denied.  When a she-dog threatens Dade and anyone he holds dear, he doesn’t acknowledge that he’s protecting Quinn by trying to stay away from her or by watching over her from afar.  Yet when Quinn is trapped in a burning Veterinarian clinic, and her life is in true danger finally Dade will acknowledge that she is his mate – and he will do anything to save her life… including showing Shifters to a world of humans who are not ready for that knowledge.

Quinn and Dade are such an opposites attract couple.  Yet when the craziness dies down, when Quinn has the chance to understand and care for Dade, the complete rightness of this couple is obvious.  Quinn’s fiery devotion to Dade and her new Shifter family comes shining through during an impassioned speech near the ending of this story.  The shy little mouse stood up and gave a huge bear roar, and people listened.

Things are changing for the Beck Crew, life will never be the same again.  And things will get worse long before they have a chance to get better.  This is the story that begins the changes for all of the characters in the connected series of Saw Bears – Fire Bears – Gray Back Bears – Boarlander Bears – and even into the future in Harper’s Mountains.  It is a fascinating journey.  I would suggest that you visit T. S. Joyce’s website and follow her recommended reading order for these series.  There is a spot where two of the series overlap and her reading order makes the events happening much easier to follow.

Would I recommend this story and these series?  hell, yeah!  We get a far different look into the world of Shifters and their mates. It is an Incredible journey with characters that I’ve come to care about.  If you love Shifter Romance, then these are stories that you need to discover.