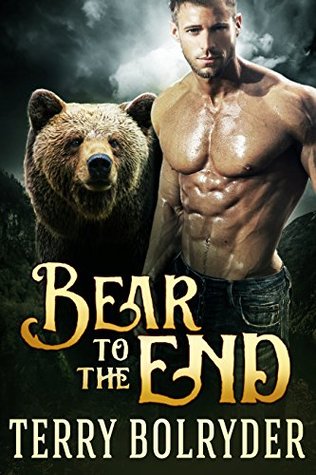 Charlotte is need of a bodyguard. But when she comes to Bear Claw Security looking for help, the last thing she expects to see is Mr. Perfect, with his fitted clothes and expensive appearance and perfect smile. All wrong for her, all too much of a reminder of something she desperately wants to forget. So Mr. Perfect’s tough, rough twin brother will have to do instead.

Mark Bronson is used to going after what he wants, in both business and in life. So when his bear instantly recognizes the woman that walks in as his mate, he’s not going to roll over and let her walk out of his life, even if she seems inordinately averse to him. Instead, he has the lovely, curvy Charlotte hire his twin brother instead. So when he walks up to her door that night, swapping out his Armani suit for something a bar bouncer would wear instead, she has no clue it’s actually the same person.

To Mark’s surprise, he may not be the only one who thinks they’ve found their mate. But even though the heat between them burns brighter than the sun, Char’s not sure if she’s ready to commit again, and Mark will have to find the balance between protecting the woman he loves and telling her the truth about who is really is. And Char’s fears about needing a bodyguard may be much more real than either of them could have anticipated.

Read on for my thoughts on Bear To The End.

I have loved every moment with the men and their mates of Bear Claw Security.  I really, really hope that Bronson hires some more recruits so that we can continue to catch up with these great couples and their amazing stories once again.

Mark is settling into the business, working the company financials and getting very good at his training to take on the role of a bodyguard.  To be fair, Mark  likes expensive things.  He’s rich in his own right and can certainly afford his luxuries – but he’s not a stuck up, I’m better than you kind of rich guy, he just likes what he likes.  Unfortunately for him that fact did not work in his favor when he met his first client – a shifter who also just happens to be his mate.    Charlotte obviously needs help, she has a feeling that her ex is stalking her again, getting ready to pull another one of his cruel stunts.  But one look at Mark and she’s outta there.  No way some rich dude is ever going to understand or be able to help her.  No she’ll take her chances elsewhere.

So Mark does something really foolish.  He volunteers his twin Bronson as her bodyguard, with no intention of allowing anyone else near his mate.  He could dress the part, be anything Char needed him to be as long as he could protect her.  So, okay, it was technically a lie, his taking over his twin’s place but it was for the best… and as the lie got bigger, and he fell deeper in love with this wonderful, wounded woman, Mark kept telling himself another lie.  That it would be alright and she’d understand when he finally told her the truth.  Men.  Sometimes they are so clueless.  What is a relationship based on a lie except non-existent.

Events finally come to a head as Char’s ex shows up and threatens her and the work she’s doing at the shelter.  He’s super rich, and he can make it all go away if she doesn’t agree to his demands.

I enjoyed Bear To The End very much.  Mark and Char were well matched, sexy as all get out and each held on to their own secrets that should have been shared from the start.  We cannot help how we instinctively react to certain situations when we’ve been endangered by them before.  If we’re lucky enough we learn how to pick the good guys from the bad, and judge each person on themselves not on what someone else has done to hurt us.

And what a sweet and intriguing ending… nope, you’re gonna have to discover that for yourself.  Don’t worry, you’ll enjoy the adventure.  🙂

In all seriousness, I do hope that there will be more stories in this particular series.  But if not, then this was the perfect send off.  (but I’m keeping my fingers crossed for more recruits)

If you love Shifter Romance, intriguing story lines, action packed suspense, sexy heroes and sassy heroines then I would highly recommend any and all of the stories in the Bear Claw Security series.  Each one is a winner.