Posted May 20, 2016 by Marsha in Christmas Shifters, Shifter Series / 0 Comments 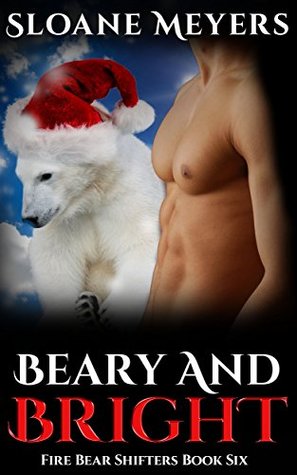 I was delightfully surprised to discover a Christmas novella which brings back all of my favorite bear shifters and their mates from the Fire Bear Shifters series.

Also, I honestly don’t know what else to say to entice you to taking a risk on this wonderful story that the Cover Description hasn’t already told you about.

Clara has landed in Red Valley after leaving Alaska and the danger left from the ravaging clan wars that her insane alpha started.  She wasn’t safe in the land she was born in and decided to make a complete new start.  When her car broke down along her escape route it seemed the fates had meant for her to end up in Red Valley.

Here she discovered a new job, a shifter clan willing to take her under their wing – and a handsome man she wouldn’t mind getting to know better.  She was always aware that humans would view her polar bear as something they’d rather not be aware of.  And like many shifters, she kept her secret.  She was strongly attracted to Carter, but he seemed unwilling to take her hints.

When she felt that her lifemate was in trouble, not knowing who that might be – she still didn’t hesitate to run to this unknown man’s side.  What she discovers is a lifetime simply waiting for her to unravel the clues and accept one perfect for her man’s love.

Clara is such a strong character.  She’s been through a lot but she still believes in finding her mate one day.  Carter has become a recluse.  Perhaps it didn’t start out to be his goal, but slowly friends faded away and his work consumed him.  Lonely and looking for that one woman who would make his life complete, he never expected it to be Clara since it seemed she had no interest.  But he was wrong about that.  When the right two people finally come together is it magic or fate?  Either way this couple belongs together – eventually.

I enjoyed Bearly and Bright very much.  The story was intriguing and entertaining.  Plus I got to visit with old familiar characters once again.  Simply enjoyed this holiday addition to the Fire Bear Shifters series.

(This title was originally reviewed on my Hunted Bookshelf blog.  I wanted all of my shifter romance reviews to be in one place, so this title was brought over to Shifter Haven.  Both reviews were written and created by me.)