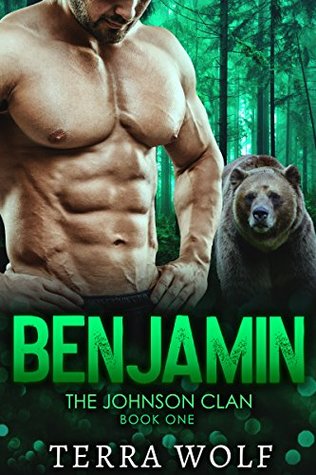 It was very easy to be swept up into the dynamics of Benjamin right away.  Take one billionaire, playboy bear shifter with a reputation, mix in a charming little niece then add a school teacher who is already half in love with Benjamin’s niece, Harper and you have a perfectly volatile situation to start off this series.

Benjamin has the reputation of a playboy, and he certainly dates enough women to bring truth to that statement – but, he’s not as bad as he might sound at first.  Coming from a very powerful and very wealthy family, he knows that what the tabloids write often has nothing to do with the truth.  He has no intention of settling down any time soon not because of his playboy image but because he’s been used, lied to, taken advantage of and has lost his trust in love or a fated mate.  He knows how to play the game, and that’s all it’s been to him – a game.  Until one little girl charged in and captured his heart bringing along her favorite teacher with her.  Life just got complicated and maybe, he’s finally found exactly what he needs most… Lia at his side.

The sparks fly between Lia and Benjamin from the start.  First in anger, then in sexual awareness on both sides, yet Lia has no intention of being used by this obvious playboy.  Not going to happen.  Benjamin has other ideas and shows her a far different side than the tabloids know about.  Watching Lia slowly fall for Benjamin was a sweet delight.  I had fun with this couple and I believe you would, too.  Now I’m moving on to brother Abraham.  Can’t wait to get started and back in the Johnson world.

If you’re in the mood for a fun, sexy and completely enjoyable story then check out Benjamin.