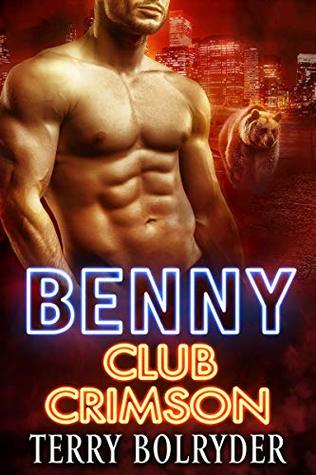 Benny, the owner of Club Crimson, is not what he appears to be. Outwardly, he’s a handsome, friendly giant of a man who treats everyone like family. Inwardly he’s fighting a battle, and if he ever slips, it could mean certain death for those around him. So even though he’s been in love with Harley for a lifetime, he has never been able to pursue her. Until someone close to him gives him just the push he needs.

Harley knows she can’t wait much longer for Benny. She’s been in the friend box for years, given hope by Benny’s protectiveness and his inability to look at any woman but her. But when she’s about to give up, Benny makes a move that results in the hottest night of her life, far beyond what she’d ever imagined. Now if only she could uncover the secrets hiding in Benny’s beautiful hazel eyes.

Though Benny wants to claim Harley more than he wants his next breath, there’s still danger inside him, forcing him to hold back. So when a mysterious person appears with a devastating revelation and a tempting offer, Benny might not be able to refuse him. And that might be the last mistake Benny makes.

Everyone who has even the slightest knowledge of, or spent more than five minutes in Club Crimson knows that Harley is Benny’s mate.  They also know that for some unknown, crazy reason Benny refuses to act on that fact.  It hasn’t escaped anyone’s notice that Harley loves Benny just as deeply as he loves her – so what is keeping him away from his mate?  His animal, his bear who isn’t like any other bear any of his friends or most shifters have ever seen.  And in order to protect the woman he loves, Benny will keep the friend zone firmly in place and deny them what they want – each other.

BENNY is intense, steamy and answers a lot of questions I’ve had about Harley and Benny’s relationship.  They’ve known each other much longer than anyone knew, and that past has a lot to do with their present and the future.  Yet, to say more about that aspect of their story would give away spoilers so we move on.

There is more danger to both Harley and Benny than his bear.  A mysterious stranger offers something almost too good to be true.  And when desperation takes over Benny’s logic what this creature is truly up to will become apparent.

I understood both sides.  Harley’s frustration at her love being pushed aside at every turn.  And Benny’s reluctance to tell Harley his true feelings for her.  Watching them slowly battle what is keeping Benny from Harley is an emotional journey.

I enjoyed BENNY and would recommend this story and the rest of the series to any Paranormal Romance or Shifter Romance reader.