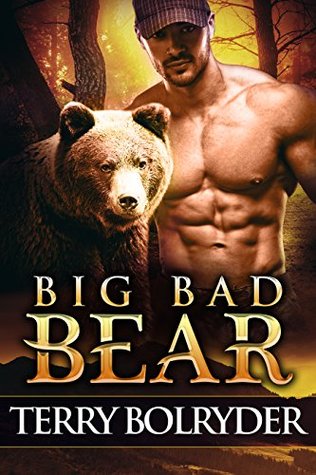 In the mountains above Bearstone Village, a legend has found his mate.

His name is Zeus, and for years he brought the thunder as an elite special forces squad leader and undercover bear shifter. Now that he’s out of the service and living quietly in the woods above a remote mountain town, he has just one mission left. Win over the heart of the curvy waitress that his bear knows is his mate. Too bad Zeus knows more about combat than dating, and he hasn’t yet managed to ask her out.

Carly is just trying to make the best of things. Bad luck in love and in life has landed her in Bearstone Village, stuck with debts from a former relationship and making her way as a waitress. She enjoys the rare moments when she sees Zeus Wilson, a sexy recluse who comes down from the mountain sometimes to drink at the bar and fix Carly with a heated gaze in his sparkling blue eyes. Even if it seems like he’s never going to make a move.

But when a local motorcycle gang threatens Carly, Zeus is forced to intervene and take her back to his cabin where he can keep her safe. With the beautiful mountains around them, it’s not long before sparks are flying between the bear and his sexy mate. But Zeus is afraid to tell Carly the truth about what he is, and the men who want to take her are quickly catching up.

But he isn’t called Zeus for nothing, and if anyone threatens his mate, this big bad bear is fully capable of striking them down.

I’m doing some back list reading on several of my favorite Shifter authors and began the Soldier Bears series today… a year plus since it was published.  The story description blurb gives you just about all you need to decide whether to read this story.  To be frank, I’m actually glad that I came across Terry Bolryder’s works more recently for I can see the growth in her writing almost immediately.  So, I’m somewhat divided on Big Bad Bear.  I enjoyed it, but wasn’t blown away by it.

Zeus is well defined.  He’s the alpha, strong, military man who’s done his time in service and is ready for another type of life – but he retains that military thinking and reacting.  Ares is going to be a charmer and I’m looking forward to his book and the elusive Hades, well, he’s still an undiscovered character so far but I bet he has a story to tell.  The men, I like.  Yet, Carly… while I enjoyed her I really don’t know much about her.  And that’s unfortunate because she has the basics of an amazing mate potentially, I simply didn’t feel who she was as well.  She’s in danger and Zeus has known she’s his mate since he first saw her.  This could have worked better – for me – if I knew who Carly was, at least enough to care about her future.  But I didn’t and that altered how I viewed the overall story.

Don’t get me wrong, I think Big Bad Bear is a good story, I simply feel it could have been so much more.  I’ll continue with the series and I’m about to go over and pick up Big Sexy Bear, Ares story now.