Posted May 8, 2017 by Marsha in Shifter Connected, Shifter Series / 0 Comments 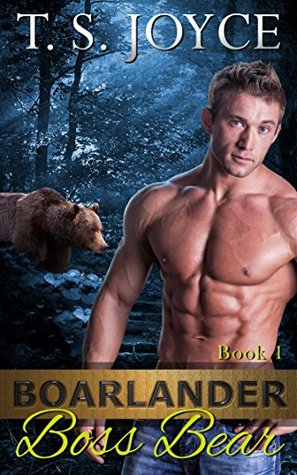 Harrison may be stressed from being the Alpha of the most unruly, trouble-making, messed up crew around but he’s pretty sure he’d remember an online romance with a mating at the ending of the deal.  So what in the world was this crazy, admittedly lovely, woman talking about.  He had no clue who she was or what she thought she knew about him – he’d never heard of her before this unreal moment in time.  Audrey is stunned at meeting Harrison face to face.  How can he not know who she is?  They’ve been in contact for so long and everything was falling together perfectly.  She’d left home just to be with him.  What in the world is happening?

Ah, someone among the crews of Damon’s Mountains has some serious explaining to do… and with a dating site called bangaboarlander – well, which mischief maker comes to your mind first?  Maybe an Almost Alpha with a love for worms perhaps?

As we get set to dive into the next crew in Damon’s Mountains to get their stories told, Boarlander Boss Bear starts us off with quite an amazing story.  By this time in this overarching connecting set of series we’ve run across, in one way or another, most of this crew.  I’m glad that they all will get their own stories told finally.  Clinton will finally have his story laid out for us to understand his very strange actions and attitudes.  He is a man in pain and I’m looking forward to that story.

Audrey and Harrison’s romance is full of the type of drama that only these crews can produce.  While she might have come to the mountains under an illusion of reality, it won’t take long before the obvious magic of 1010 and her mate come into play.  I liked Audrey.  She is so much stronger than she gives herself credit for, and when it comes to doing what’s right she will harm herself before others.  Together she and Harrison can head up, and help, this ragtag crew of theirs.

It’s always enjoyable when characters from previous stories make appearances once again.  These series really are like a huge family, and you never know who is going to drop in.  Yet if I had to make a choice of who my favorite over all characters are, hands down that would be Willa and Beaston.  While they are not mates, their connection is perhaps just as strong in a different way.  Willa is a crazy character who never does the expected but she is as loyal to her own as anyone ever could be.  Beaston is such a softy now, yes, he wasn’t always that way.  He’s powerful, a bit mystic and there is something so loyal and true about this gentle giant.

I would highly recommend Boarlander Boss Bear and this entire overall series to any Paranormal Romance or Shifter Romance reader.  You will always find interesting stories, likable characters, sexy times and a sense of community that is rarely found to this extent.  They are all quite addicting.