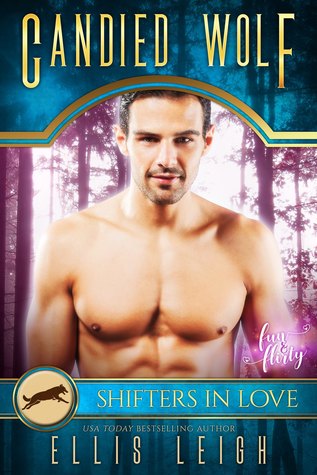 No more dating shifters—at least, that’s what I promised myself after the last one met his mate while dating me. He wasn’t the first—fate seemed to enjoy smacking me upside the head whenever I dared to cross the species line. So when a handsome wolf shifter with a few extra years of experience comes walking into my bakery, I shouldn’t agree to go on a date with him.

Especially not because he’s only in town for the biggest wedding of the year.

The one where his son is the groom.

The one between my last boyfriend and his fated mate.

Did I say fate liked to smack me upside the head? Try burying me in the rubble of my past mistakes instead. Like father, like son had never been so wrong…or so right.

I had such a good time with Coco and Magnus’ romance.  Coco has had the absolute worst luck with men, shifters in particular.  She should take out an ad that says “Looking for your mate?  Let me love you and she’ll pop right up!”  Yeah, her previous boyfriends had met their fated mates while dating Coco and she’s done with shifters.  Or so she thinks.

Magnus is in town for a wedding.  His wolf lead him toward the bakery shop with its enticing scents… his mate’s included.  He’s no longer a young shifter, he thought fate had passed him by but here she is beautiful and human.  Being a newcomer to Kinship Cove Magnus didn’t realize that Coco had grown up around shifters and she knew how mates acted.  Instead he held back thinking to ease her into his reality.  Mistake number one.  Toss in an absolute jerk of an ex-boyfriend and you have some drama.  And some sizzling, smokin hotness as well.  Coco and Magnus are right for each other, it simply shouts from the pages, but one mistake will take some serious work to overcome another’s actions.

Candied Wolf is a sexy, funny, engaging romance that any Shifter Romance reader would love.  I’m now hooked on finding out what happens to the other sisters when their stories are published.  If you love a good story, funny and loving couples and one jerk to loathe on sight then you need to add Candied Wolf to your reading list… like right now.