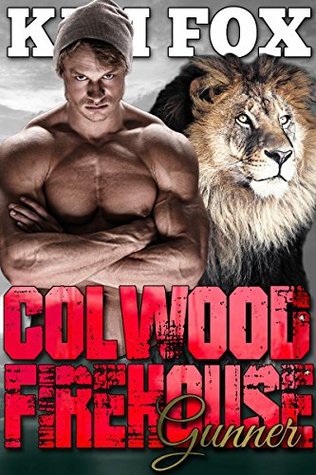 Lion shifter, Gunner, is on the worst date in the history of worst dates when he sees someone who really catches his eye. Only problem is, she’s breaking into the fire station where he lives.

Dragon shifter, Aleida, didn’t come to Colwood, Montana for love. Far from it. She came for help in stopping her powerful brothers from carrying out their devious plans. But when the help Aleida is looking for turns up empty, she has no choice but to turn to the grumpy lion shifter who seems to have taken a liking to her.

And when Aleida’s dragon shifter brother comes seeking revenge, she’s going to need all the help she can get. Luckily, the shifters of the Colwood Firehouse are always up for a good fight!

This series also has a connection to some of Kin Fox’s other series.  To see her entire listings here at Shifter Haven check out the Kim Fox page.

Being out on the Worst Date Ever with his ancient, auction winner date with a very dirty mind probably wasn’t when Gunner ever imagined meeting his real mate – but then things rarely go according to plan in Gunner’s life.  His crew had already run into one crazy dragon looking for their Alpha Draven but this scent wasn’t the same.  Dragons smell like charcoal most of the time but this scent was different and Gunner was determined to find out what was going on.  What he found would rock his world by knocking him physically off his feet – gotta love a lady who can take down a lion shifter.  His Alpha’s sister has come looking for her brother to help find a prophesied item and keep their half-brothers from destroying the world.  Oh, and discover that her true mate is indeed a sexy lion shifter.

Colwood Firehouse Gunner delivers the humor and the intense story line that I’ve come to expect from Kim Fox.  From Gunner’s disastrous bachelor auction date right up to the last page we’re given a story that captures the imagination and leaves us waiting for the next story in the series to show up real soon.  Gunner needed a pretty amazing mate to get him past his “love” for his former Alpha Joan.  They weren’t mates but Gunner held on to his feelings making every miserable.  He had no clue what being mated was until he found Aleida and then his foolishness became very clear to him.  Now he has his mate and a purpose in defeating some very nasty dragons who believe the world is theirs to rule and to burn.

I’m definitely looking forward to discover where we go next in this series.  I liked both Gunner and Aleida, even at their craziest.  If you’ve followed Kim Fox then you’ll note that this series has connections to some of her other series.  I enjoy those types of connections that make a community where we often will run into old friends.  If you love Shifter Romance then you’ll want to get involved with this series – but please start from the beginning because there are threads that flow and grow in each consecutive story.