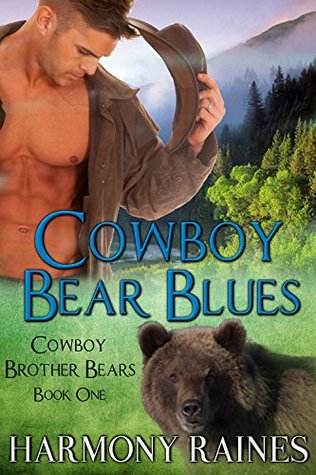 Lynn has moved to the Hawkins Ranch, left to her by her Uncle Freddy, who she had not visited for years. This leaves her with a wedge of guilt, that is difficult to shake off. She should have been here for him, and nursed him. Instead, that duty fell to his neighbors over at the Williams Homestead, despite, as she soon hears, of the feud between the families.

Has she made the feud worse, by turning down the substantial amount of money the Williams family offered her, if she would sell them the Hawkins Ranch?

She had her reasons for not selling, this move gives her a chance to escape a world she has grown to hate. Her parents own a chain of hotels, and she could have a secure life, working for them. Yet the work leaves her unfulfilled, and so against their advice, she leaves her comfortable life for the wilds of Black Bear Ford.

Only what she finds isn’t so much wild—at least his human side isn’t. In fact, Adam Williams is everything she could want in a man, and then some.

The only problem is the feud between the families. You see, the Hawkins Ranch should belong to the Williams family, but it was lost, some years ago, in a wager. Worried Adam is only interested in her for the ranch, can she learn to trust him, while coping with a house that has no proper plumbing, and don’t mention the electric wiring.

Adam Williams has found his mate. And he intends to do whatever it takes to get her to agree to be his. Forever. If only life was that simple. His dad is obsessed with getting the Hawkins Ranch back under his control. To him, the Homestead is everything, because of a promise he made to his own father.

But Adam has a further blow for his father, he doesn’t want to be the sole heir to the Homestead, he wants to break with family tradition and share it with his three brothers. If he isn’t careful, he’ll be needing to ask Lynn to let him move in, or else he’ll be homeless, and penniless.

Can Adam get his girl, and break with family tradition, without breaking his father’s heart?

Cowboy Bear Blues sets up the new series, Cowboy Brother Bears very nicely.  Four brothers make up the next generation of the Williams Homestead – Adam, Jon, Samuel and Jordan.  Jordan and his mate Skyla were met in Black Bear Down, part of the Return to Bear Bluff series.  It’s not necessary to have read that series to enjoy the newest one, but it is an amazing series so I’d recommend you try out Return to Bear Bluff when you get the chance.

This is Adam and Lynn’s romance, which has been very well described in the Story Description for this one.  So let’s jump right to the opinion part of this review, since the description of the story has been set up so well for you.

I really liked this couple.  With a feud in the picture, just about anything could have happened but this time it was played out so perfectly.  One generation is about to change how things are done on the family homestead.  It’s not going to be easy, the boys father does not like change, and he’s been set in this feud for a very long time.  But Adam doesn’t want to continue tradition, one that really seems a bit unfair.  Trouble is, he’s just discovered that the young woman who has inherited the ranch where the feud comes to a head at… is his mate.  Now he not only has to get his father to agree to a different way of running the family business, he has to get him to accept Lynn as his son’s mate.  Very interesting concept, and very well played out.

Their story is very much about how our parents, our family often put us into these traditional boxes and expect us to simply go along with it… with no new ideas or needs of our own.  Lynn is facing having the life she desires for herself or being cut off from her parents who do not approve.  Adam wants to share the homestead’s profits equally with his brothers but his father is set on the tradition of one son inheriting it all.  They both have battles ahead of them and in the middle of all that – Adam has to explain that he sometimes turns into a bear.  Fun Times.  *grin*

I would recommend Cowboy Bear Blues for any Shifter Romance reader.  It’s fun, it’s sexy and it introduces us to some very handsome, sexy brothers – a few who still need mates of their own.  Looking forward to the next story in this series.