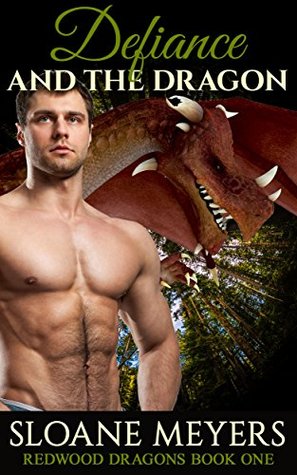 A secret world exists that even the shifters have not discovered…

Dragon shifter Knox Pars thinks he’s seen it all. He serves as clan leader to an elite clan of dragon shifters, and he’s spent his life defending the ancient, powerful dragon artifacts. It’s a crazy life, full of dangerous missions and old magic, and nothing surprises him anymore. Nothing, that is, except the most beautiful woman he’s ever met walking into his life and announcing that wizards still exist—and desperately need his help. Everyone knows the wizards have been extinct for centuries…or have they? Knox is forced to make a quick decision on whether to trust the so-called wizard, but it’s hard to think clearly when his heart keeps getting in the way of his head.

Wizard Advocate Bree Riley has suddenly become an outcast and a fugitive. When an ordinary day at her tame office job turns into the unexpected discovery that her entire clan of wizards is doomed unless they join forces with another powerful clan, she pleads with the High Council to forget the old laws prohibiting contact with shifters. But no one will listen to her, and Bree must risk her own life and magic to go find the shifters on her own. Convincing the shifters that she’s telling the truth about her wizard abilities isn’t so easy, though. She has to find a way to prove to Knox, the handsome leader of a powerful dragon shifter clan, that wizards still exist before it’s too late to save Bree’s clan, or herself. With the High Council hot on her trail and ready to strip her of her magic, Bree is running out of time. And then, as if her life isn’t complicated enough, she realizes that she’s falling desperately in love with Knox…

Can Bree convince Knox that she’s telling the truth, before she loses him and her clan alike? And will Knox be able to trust in a new kind of magic—the magic of the heart? Read this action packed shifter-wizard romance to find out!

Titles in  the Redwood Dragons series include:  Defiance and the Dragon –

Redwood Dragons starts off with a powerful first story in Defiance and the Dragon.  A wizard.  A dragon.  Together as mates – if that isn’t a great and iconic way to start off this series, then I don’t know what would be.  Because the Story Blurb-Description already gives you the basics of this story I’m going to jump to the fun parts.

Bree may be one of the youngest official wizards but she’s passionate about what she knows is the right thing to do – and she sets out to accomplish that immediately.  I liked Bree.  She’s smart, stubborn and capable even if those above her in rank don’t seem to think so.  She’s facing losing everything she holds dear in order to save her clan – even if they don’t believe her.  That takes courage, something Bree does not lack.

Knox is new at being the leader of his  clan, a position he’s only recently taken.  His clan are the ten orphan dragons that William saved in the last great shifter war, and raised them as his own.  His guidance and teachings have kept them alive and viable for a very, very long time.  Now William is older, slower and has settled in Texas with his new mate at his side.  Knox has leadership, even if it doesn’t really fit comfortably just yet.  In some serious ribbing from his friends, Knox decides to take a survival mission of his own to prove to himself that he’s still got the skills, and not only teaching them.  He never would have expected to meed a wizard, his mate or to find himself and his clan thrust into the search and retrieval of even more dragon stones.

Defiance and the Dragon is full of the witty banter, fast story line and sexy moments that I’ve come to expect from a Sloane Meyers story.  We get a good feel for some of the other dragons that most likely will have their own tales told soon, revisit with a few old friends and face some dangerous times as Bree and Knox set out to save not only Bree’s clan but the other shifters and humans as well.  An exciting start to the series, and I’m looking forward to the next release.

I’d recommend this story to any Paranormal Romance or Shifter Romance reader.  You do not “have” to have read the series before this, but it’s a good one and will clear any questions you might have currently.