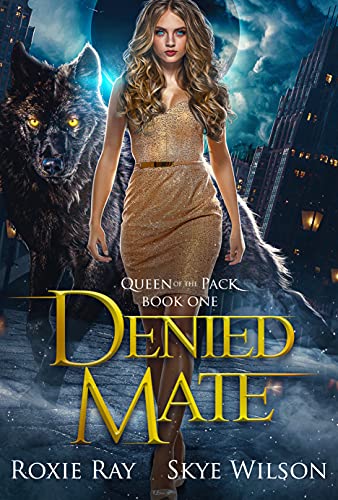 He’s hunted me down, but he’s after a heart he can never have…

I never expected to open the door and find Cal on my doorstep. It’s been too many years to count, but my heart has never forgotten how I vowed I would never let him hurt me again when he left.

He claims his mother is in danger and that I’m the only one who can help him. Maybe this is my chance to show my pack that I’m not the rich party girl they all think I am. It’s definitely not because I still have feelings for Cal.

But putting myself in the middle has dangerous consequences. My big brother who is the pack’s alpha isn’t happy about our reunion, and now the wolves after Cal also have me in their sights.

The more questions we ask, Cal becomes convinced that whoever is after his mom is also responsible for his father’s death.

And the more time I spend with Cal, I remember what it was like before. When it seemed as though we were meant to be together. But trusting Cal could be even more dangerous than the vicious wolves hunting us down, ready to attack…

Titles in the Queen of the Pack series include — Denied Mate —♦—

Denied Mate is an enjoyable shifter romance with more than a few twists and turns to the story and for the characters along the way.  Most of what you’d want to know before picking up this tale can be found in the cover description.  And, frankly, I don’t want to say a lot more beyond that.

Cal and Liv have a history filled with hurt and heartache, but now he’s back and asking for help.  The chemistry is strong between them yet while I liked Cal, I never could really like Liv as much as I’d hoped.  They have their work cut out for them in solving the puzzle of why Cal and his mother are being hunted.  We are given clues but, eventually, it will all come together to make sense… and a cliffhanger.

I enjoyed my time in this world, yet frankly, I don’t know if I’ll return for I so dislike cliffhangers.  Liv and Cal will have so much happen to them and around them in their story.  The secondary characters are fascinating and add to the tensions and the story.  Unfortunately, I really don’t want to go into a lot of detail because of what I’d consider spoilers – so I’m going to leave it as I enjoyed Denied Mates, and if you love a good story with twists then you’d love this one.