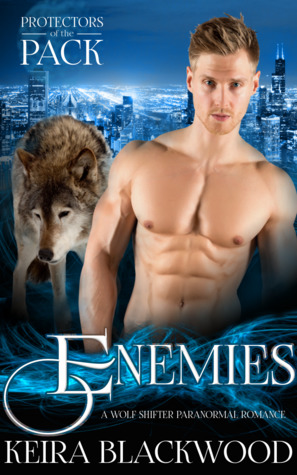 Life rarely happens the way we planned.  One moment Zoe was closing up shop, taking the leftover baked goods to the local shelter by her normal shortcut through the alley — the next moment she was being kidnapped by a stinky breathed bully and tossed into the trunk of a car.  He knew her name and claimed that she now belonged to his pack – and he had a job that only she could do.

Witt was headed to his twin brother’s cabin.  Reynolds, Alex and their triplet toddler daughters lived far off the beaten path which was both a safety precaution and a pain in the butt to get to them easily for those that were welcomed.  Shortly after Witt’s arrival there was a break-in and two members of the Silent Butchers once again had tried to kill his family.  The pack simply had to end this mad, crazed bunch of wolves who wrecked havoc and murder everywhere they showed up.  It was time to put the Silent Butchers down.

After Witt had sent his twin and his family back to his own apartment for safety, he stayed behind to do some repairs from the fight the night before.  He soon discovered he was being stalked by the cutest, most unlikely assassin ever to pick up a weapon – and, that she was his mate.  Talk about complicated.

I absolutely adore Zoe.  She’s spunky, cute, and has a song lyric for just about any situation she faces.  She and her brother had been adopted by a very loving couple who she was proud to call Mom and Dad.  Yet, Zoe has a secret that she cannot tell anyone.  Who would believe that on her 18th birthday she had suddenly sprouted coarse hairs and turned into a wolf?  No one, that’s for sure.  So, she kept that on the quiet side and avoided birthday parties.  Now this jerk-face with breath that could knock over a gorilla is threatening her parents if she doesn’t kill this guy.  What’s a girl to do?  So she’s going to imagine herself as the baddest, meanest assassin ever and… fake it.

Witt is charming and deadly in his own way.  He has his suspicions about Zoe being his mate early on… right after the bullet in the butt moment.  He has to get her to trust him, believe that he’s not the bad guy here and help her to see who she truly is – a beautiful, powerful wolf.

It was fun to run into familiar faces and to see the Silent Butchers get exactly what they deserve.  I’m hoping that there are more stories in the Protectors of the Pack series.  I can think of a couple folks I’d like to learn more about.  But time will tell on that.

I completely enjoyed myself with this one and would not hesitate a moment to recommend Enemies to any Shifter Romance lover.  I would, however, suggest that you read Bodyguard first.. it simply lets Enemies make more sense and it’s a damned good story too.  *grin*