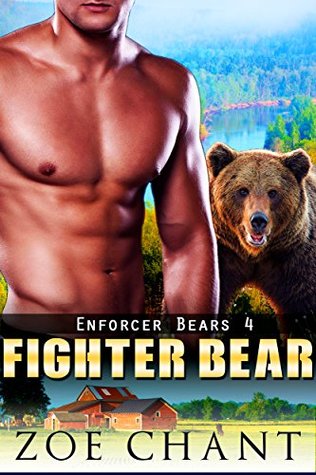 Years ago, as a younger man, Logan had made a choice that would change his life from what it could have been to what he became.  He certainly isn’t proud of the things he’d done in that other life, but it had saved his brothers, and in the end that was all that mattered.  Now his brothers were grown with mates and families of their own – and most important to Logan, safe.  He has escaped that previous existence, always cautious, looking for strangers to appear on his property but for the most part he felt safer than he had in years.  His newly purchased farm was exactly what he needed now.  A home out in the backhand of nowhere, a purpose and perhaps peace.  If he longed for what his brothers had, well, he kept that to himself and his bear.

Lily was excited and hopeful.  She, of all people, had won a smallish lottery and now she was heading back home to her uncle’s farm to purchase the one place that would give her everything she’d ever need.  Unfortunately, she found a stranger there.  She’d been too late and the farm had been sold.  The man certainly was handsome and she felt a spark at the first glance between them.  As she spent some time revisiting the farm and it’s animals, with Logan’s approval she began to wish for something she’d not known until them she wanted… a home with this stranger.

Fighter Bear brings Logan and Lily together, two people who certainly deserve their chance at happiness.  I really liked this couple.  yes, there is instant lust-love but it’s a shifter romance so that didn’t surprise me.  When a bear knows, he simply knows his mate.  Lily is a charming woman, secure in herself and determined to protect what she considers hers – Logan, the farm and the animals she’s loved since her childhood.  When that is threatened by a man with a tranquilizer gun, she doesn’t hesitate to protect her man.

A bit of a mystery, some delicious sexy times and a reunion with couples from earlier in this series made this a completely enjoyable story.  I’ve loved this series, and while I don’t know if it’s finished (I kinda hope not just yet) I would not hesitate to recommend any and all of the stories in the Enforcer Bears series.  Intriguing characters, interesting stories, likable secondary characters… really, what’s not to love about all that?