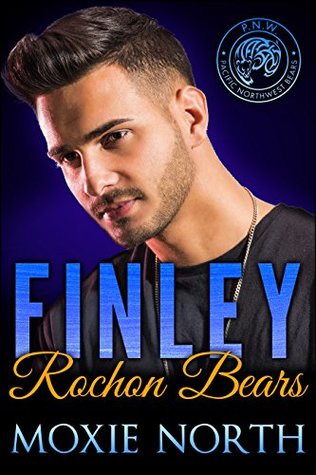 For a while it looked like Fin was simply going to drift through college and life in general.  His college days were less about the study and more about the party.  Even his brother,Rain and his cousin, Angel were beginning to worry about the younger man.  In reality, Fin hasn’t found what he wants.  And maybe he’s feeling a bit left out of the close relationship he had with Rain and Angel.  Both men have found their mates and were happily building new lives… and Fin was still waiting.

It was during a school break while back home with his family that Fin truly found his passion, what he could do for his clan and bring himself satisfaction in a job that he loved and was a help to many others as well.  He returned to school a new man, focused, settled and determined.  He wasn’t expecting to find her any time soon, he’d be patient as he had other things to do for now.  So when her scent drifted to him as he entered the classroom he and his bear had to track that tantalizing smell down.  Suddenly he understood what had hit Angel and Rain… and why they, just like himself, had absolutely no choice but to follow their mate for the rest of their lives.

I enjoyed Finley for many reasons.  But mostly I believe it was Zara who captured my attention in this one.  Lovely, studious, sci-fi loving Zara.  The dutiful daughter with a rebel’s heart, the woman who wants her career in medicine to matter not be a placeholder until some man, probably assigned to her by her parents, comes along to make her his house slave – otherwise known as wife.  She has no idea what to make of Fin, he is so beyond her experience.  Yet she’s drawn to him.  He makes her laugh.  He takes her seriously.  He’d be perfect… if it weren’t for that love at first sight or her mother’s determination to marry her off as the sole accomplishment of her life… and it would not be to Finley Rochon.

Moxie North gives us something a bit different in this story that sets it apart, for me.  She brings in an ancient, honorable, diverse culture with its own mindset, traditions and life views.  So that Zara is not only trying to break free of her own culture in a way to find a viable, satisfying career that matters to her – as well as a man to love who claims he will love and care for her forever, not to mention that he turns into a bear.  It’s a lot to assimilate for anyone.  Yet Fin and Zara make their own world together without losing the heritage that they come from… and that made their story realistic and simply riveting.  While Zara’s mother was a bit of a pill to swallow, I absolutely adored her grandmother.  You’ll see what I mean.

I enjoyed myself.  I got the chance to catch up with some of my favorite Rochon clan members which always makes me happy.  And I got a really good story as well.  What’s not to enjoy about all that?