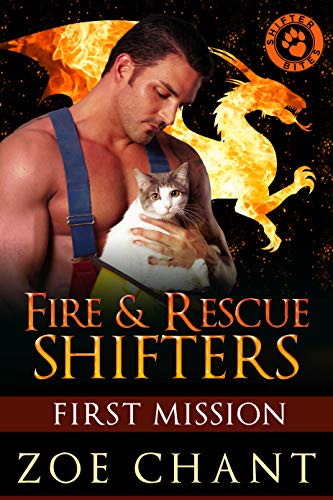 Fire & Rescue Shifters: First Mission is short, it’s meant to be just a rather short story to introduce the crew from the series on Dai’s first day as an official firefighter.

I happen to love prequels so I had such fun with this one.  Dai is a dragon who, well, always feels a bit superior because he is, after all… a dragon.  But on this day he’s going to get more than a few surprises tossed his way.   One tiny cat shifter is about to get the best of this crew as we meet each shifter who was a part of the original Fire & Rescue Shifters series.

Really can’t say much more as this is… well a short.  It’s funny, took me back to the camaraderie of the series, and gave me a few chuckles.  Hard to ask for much more than that from a very short story.

This one may give you enough of a taste of these series to want to go check them out for yourself.  I hope you do for their stories are unique, intense, sizzling, and entertaining.