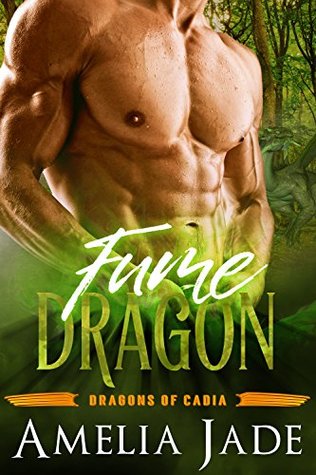 Bumping into a beautiful shifter in a grocery line is often an embarrassing, perhaps annoying moment… unless you feel that tingle that says something more is going on here.  When Blaine spilled Cassi’s grocery basket it opened up a conversation with the woman he was certain wasn’t from Cadia.  But exactly who she was didn’t really matter, he was immediately interested in finding out much more than her place of origin.  As soon as the handsome shifter introduced himself as Blaine she knew she should have explained exactly who she was.  It was important to them both, but his sexy eyes made promises that she didn’t want to miss – so she kept her silence, that was her first mistake.

Cassi would go on to make more omissions, more skirting round the truth until the point came when Blaine had no idea if he could ever trust the woman his dragon considered his mate.

Nothing she or the citizens of Fenris had been told about the barbaric Cadians seems to be actually true.  There was no fighting in the streets, no threats hanging over her head the moment she stepped out into the streets.  And the people were friendly,  polite and engaging.  What in the world is going on here?  Nothing was making sense, especially the way she was feeling about Blaine.  She should be avoiding the famous Guardian… she would be bringing trouble to him by being seen on the streets with him.  And once he discovered the secret she held close, well chances were that he’d never forgive that oversight.

When Cassi and the legal team from Fenris are attacked, everyone is caught off guard.  Blaine will do everything in his power to protect Cassi – it would help if she’d be honest with him and stop lying.

In Fume Dragon, Garviel is about to go to trial for his attack and attempted kidnapping of Rhynne and the damage to property by he and his goons.  Of course, a legal team from Fenris would arrive for his defense – but more than just those looking to the legal aspects also arrived.  Soon the danger would emerge, and with no clue who was behind it, tensions run high between the two sides.

I’ve been looking forward to Guardian and Instructor Blaine Wingstar’s story.  And I wasn’t disappointed.  Cassi’s half truths, outright omissions made it,at times, difficult to truly get behind her as a mate to Blaine.  Oh, they had chemistry that was hot and steamy.  I think I simply wanted her to trust Blaine enough to give him the truth from the start, yet another part of me understands why she didn’t or couldn’t.  This story also steps up the tensions between Cadia and Fenris a notch further as they move toward an unavoidable confrontation at some point soon.

I am enjoying these sets of connecting series so very much.  And next up is the one dragon I’ve wanted to know more about from the very start – Draxxton Ryder.  If you love Shifter Romance then this story and the series that connect tell an amazing overall background story.  I would definitely recommend them all.