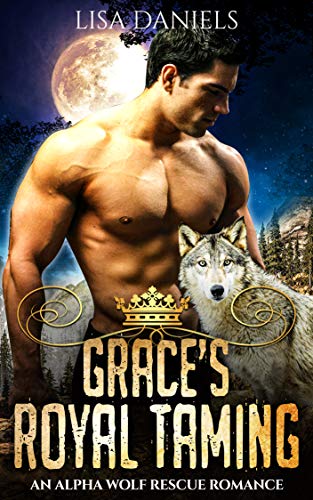 Shifters are always looking for mates.
That’s what I thought before meeting him.

He looks fragile, but he’s a rare wolf shifter.
By the nine chasms, I didn’t even know they existed before that day.

That day when I first experienced the feel of his arms around me.

My heart racing and my thoughts muddled by the hidden thoughts of romance.

Being rescued by a wolf shifter –I never thought I’d want it.

Now I want to start a romance that will make him mine.

I had no interest in dragon shifters or bear shifters. But wolf shifters, now they are the right kind of alpha to be instructor, protector, and lover.

Grace’s Royal Taming begins the Northern Realm Royal Wolves series which takes place in a world filled with dragon and bear shifters (they each have their own series).  I think I need to go back to the very beginning for there were just too many times when I felt I’d stepped into the middle of something I should have been aware of… that happens when I’ve not gotten the entire background from previous books.  That’s fine, there will be plenty of time in 2021 to go exploring.  For now, let’s move on to Noah and Grace.

Four princesses, Grace, Naomi, Ruby, and Hunter are displeased with the way others are handling their lives – in effect telling them to whom and when they will marry.  They want the freedom to make their own choices, set their own rules.  And how else to do that than by creating their own kingdom, ruled by them… but it needs funding to become a reality.  This is how we find ourselves with a bit of Robin Hood-ish shenanigans and Grace meeting one unique wolf shifter.

I liked Grace’s Royal Taming… eventually.  Grace has some growing up to do, gaining better control over her magic, and even being a far better person.  With Noah, she can and will do those things so I had to cut her some slack along the way.  One spoiled, entitled princess very far outside of her comfort zone is about to learn some lessons that may hurt a bit but she’ll be the better person for learning them.  Noah is perfect for Grace, his patience is priceless.  A little bit steamy but mostly self-discovery and laying the groundwork is probably a good way to describe this short introduction story to the series.