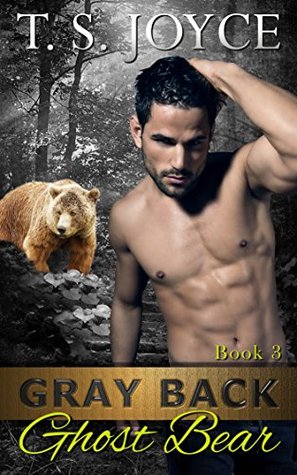 There are poachers in the forests of Damon’s Mountains, although these poachers are more like hunters out for a more unusual prey… and we’re not talking about the average, fully animal bears of the mountains.  These hunters are extremely dangerous, and the fight against them will be epic… with consequences.

Damon has hired a ranger to protect his mountains and the bear shifter crews that work within them.  Georgia, unfortunately, is terrified of bears from an incident in Alaska so she’s more skittish than brave around these Shifters at first.  While her first encounter with the Gray Back crew wasn’t the greatest, she did connect with one man.  Jason.  For reasons that elude her, this man’s pain calls to her and the attraction is fast and hard… and totally unexpected.

Of all the Gray Back crew, Jason is more crazed and unpredictable than even Easton… and that’s saying something.  Yet there is good reason for his madness and at this point being on the Gray Back crew with an alpha that can put him down is the best place for him.  Jason is not a natural Shifter, he was turned by a vicious she devil who abandoned him shortly after claiming him… then went and got herself killed.  Unfortunately for Jason that wasn’t the end of his misery since somehow she’s managed to elude death and is taking evil delight in haunting him to the point of madness.  Jason longs for death… until he meets Georgia.

Gray Back Ghost Bear takes us further into the new world of registered Shifters, and brings into play, once again, some very evil people with an agenda.  Georgia is the only person who can ease the constant bombardment of Jason’s ghostly tormentor.  She is his mate and in many ways his only hope for a future without madness.  Their romance will not be easy, but it is strong and in the end their love will be the saving factor for each.  The battle with the hunters after the Shifters will be epic and nerve wracking… and eventually the solution for two people who are destined for each other.

I enjoyed Gray Back Ghost Bear very much.  It answered questions… and posed even more for this crew to face.  As always, I enjoy seeing the continuing development of couples from earlier in the series.  Meeting up with old friends is always a treat in any T.S. Joyce story.  Yes, this story is right in the middle of a very long overlapping set of series.  While I would highly recommend this story and these series to any Shifter Romance reader – I would also have to say that to get the most from this story you need to start at the beginning.  If you cannot start at the very beginning then at least read about this crew from their start.  There are interwoven threads that won’t sidetrack a new reader, but  will make so much more sense if you know the entire situation… in my opinion.