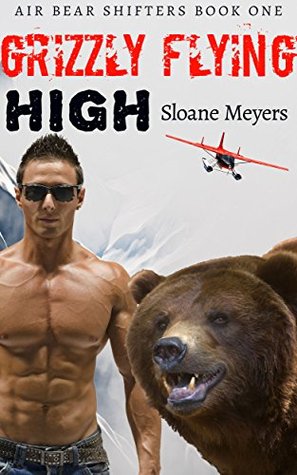 Amanda Parker is tired of pretending to be someone she’s not. But she’s been pretending so long that she can’t even remember who she is anymore. She decides to leave behind her life of rules and expectations and escape to the Alaskan wilderness to find herself. But when she unexpectedly finds romance on her journey, she has to decide whether she has room in her new life for a man—especially a man as unique as the gorgeous Alaskan hunk who’s been keeping an unusual secret from her.

Grizzly shifter Sawyer Williams is a busy man. As the alpha to a group of Alaskan grizzlies, he is duty-bound to protect his clan and put their well being above his own at all times. Between working as a pilot for his tour company and taking care of clan business, he’s left with precious little time to find a mate. He’s nearly given up on love when destiny brings the beautiful Amanda Parker across his path. He wants nothing more than to make her his own, but a crisis within his clan requires him to put duty ahead of romance.

Will Sawyer get a chance to show Amanda how he feels before it’s too late? And can Amanda find the courage to make love a part of her new journey?

Shifters are very sensuous creatures and never hesitate to show their mates their love physically – so this is an 18+ reader story.

Read on for my thoughts on Grizzly Flying High.

I’ve been waiting for Sawyer’s story for awhile now.  Grizzly Flying High starts off the new shifter series, Air Bear Shifters, one that mentions and connects with the Ice Bears and the Fire Bears shifters.  If you’ve been following Ms Meyers’ series then you will have heard of the Frost Peak Grizzlies clan, and of Sawyer since he is their Alpha and is instrumental in their safety and survival.

Sawyer is one overworked Alpha.  While he watches friends find their mates and settle into mated bliss – he’s still alone.  His clan comes before everything else in his life, even his own happiness.  So while on a tour trip, hanging out at the hotel bar while his clients do whatever they do at this resort, a beautiful woman sits down at the bar beside him.  He’s used to females coming on to him and he really wanted that bar stool to stay opened with no one entering his space.  But for once the lady is more interested in food and drink than she is in him – at first at least.

Amanda simply wanted a good meal and a drink – and since the hostel where she was supposed to be breaking her wilderness trip at screwed up her reservation, she would enjoy this perk of a very nice hotel and all that comes with it.  She loved what she was doing right now.  Hiking across the beauty of Alaska, just one of the states she planned on exploring as she redefined herself.  Gone was the corporate executive, wasting away in an office and never truly living – now she was finding out exactly who she was, and she was loving the experience.  And to be quite honest, the handsome guy next to her was good company – okay, so maybe he had some keep away vibes coming off of him at first, but she was having fun talking and lightly flirting with him – he seemed… right somehow.

So maybe it wasn’t such a hardship to talk and yes, flirt a bit with the beautiful woman beside him.  Sawyer knew that there was something about her, something that pulled at him.  But he stamped that feeling down, his clan needed his attention on them right now and while it was tempting to make some moves on this willing lady – it wasn’t wise.  Once again clan came before his own needs – and did she ever awaken needs in him.

So begins Sawyer and Amanda’s romance in Grizzly Flying High.  I really enjoyed this beginning of the next series, kind of like visiting with old friends that you lost touch with for a bit.  We’ve known the surface of Sawyer’s life, now we get to know the man and the heavy responsibilities that he carries.  He needs his mate, and Amanda is his.  Now they have to work out the what’s more important parts – freedom, responsibility or personal needs, desires and a life mate that could help balance it all.

There are some big decisions coming for them both and their eventual happiness is at stake.  If you love Shifter Romance and enjoy a solid, good base story that opens up such possibilities to come – then I think adding Grizzly Flying High to your reading list would be an excellent move.