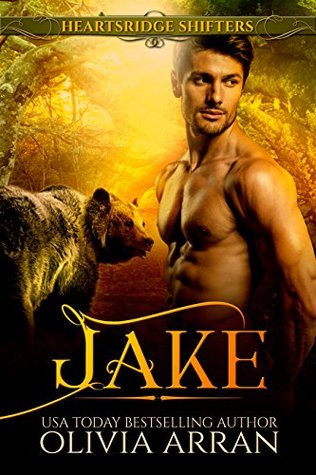 There is so much going on in Heartsridge Shifters: Jake that I simply don’t know where to begin.  I guess with the most obvious – Harper and Jake.  I don’t believe it’s going to come as any grand surprise to anyone but Harper and Jake themselves that these two are Fated Mates.  Trouble comes into play when we realize that neither one wants to be mated.  Oh, fun times and getting down and dirty are great, but commitment… no thanks, not for me.  Ah, it doesn’t quite work that way, but try telling that to two extremely stubborn, bull-headed shifters.  Right.  Harper might have been forgiven for her oversight for she was recently accidentally turned to a fox shifter so she’s still got a learning curve – Jake has no excuse at all, except his own personal reasons that he shares with no one.  But he’s going to have to start sharing or risk losing his mate.  We’ve seen the prankster Jake previously.  Soon we’re going to see what actually makes Jake tick and it’s heart breaking.

Jake and Harper coming to terms with each other is only a part of this amazing story.  We learn more of the other members of the teams, there are surprises, danger, questions answered and even more left to be solved later.  As I mentioned, there is a lot going on in this story, and it’s far more enjoyable for you if you learn those things yourself by reading this story and this series.

Every time I finish one of the stories in the South-One Bear Shifters series I think I’ve got a good handle on happenings in the series… right up until I start the next story.  That is what brings me back, and will continue to have me reading Olivia Arran’s works.  I never have a freakin’ clue what’s coming next and that’s the way I like it.  I love surprises in my stories, I want to go “what the heck just happened” and often.  If that’s the style of story and series that you want to get caught up in then I’d recommend this series and this story, Heartsridge Shifters: Jake to you.  You’re gonna love what you find in these books.