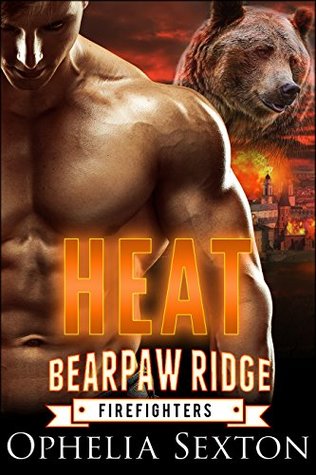 When pastry chef Annabeth Jones goes on the run from her abusive fiance, the small town of Bearpaw Ridge offers her a safe haven. Nestled at the foot of the Rocky Mountains, with friendly neighbors and a bakery/cafe that needs a new owner, it’s the perfect place for her to start over.

Firefighter and bear shifter Dane Swanson knows at once that kind, curvy Annabeth is his fated mate. She’s also human, in a world where shifters must keep their existence secret. Annabeth has no idea that Bearpaw Ridge’s population is more shifter than human … but if they’re to be mated, Dane will have to find a way to tell her everything.

Wary of new relationships, Annabeth can’t help warming to the strong, handsome man who can’t get enough of her cinnamon rolls … or her. But her fragile hopes are shattered when her ex tracks her down, determined to reclaim her.

Dane is equally determined to protect his mate — but will Annabeth still accept him when he reveals the other side of his nature.

Titles in this series include:  Heat, Smolder

Read on for my thoughts on Heat.

Annabeth has rarely had anything truly good done for her, or for that matter, has she ever done anything good for herself… until now.  She’s always been the one to make the compromise, to bend her will to the stronger force of others.  Whether it was her mother’s indifference and constant put downs or her boyfriend’s manipulative actions and steaming temper which would erupt into punishments when she didn’t do as he wished.  Oh, it’s true he never hit her.. yet… but he has sold her precious possessions, or destroyed antique family heirlooms in his attempt to teach her to not make mistakes around him

It was his final action that finally broke the spell he’d held over her.  When Roger had broken into the bakery where she worked and systemically destroyed days worth of intensive decorative work for a wedding cake Annabeth had finally reached her limit.  Was it timing, good fortune or fate that had Maggie encouraging her to head to Bearpaw Ridge and buy the bakery that was for sale in Maggie’s hometown.  Whichever powers were at work, Annabeth’s life was about to change, forever.  She has no idea that she’s banked all of her dreams on one small Shifter town.  Or that one of it’s residents will discover more than delicious cinnamon rolls at her bakery, Dane is about to discover his mate.

After a late night fire call, Dane and his brothers with their very perceptive noses lead them straight to Annabeth’s bakery.  This new spot that just opened was the perfect place for a quick coffee and delicious pastry.  If the woman behind the counter’s presence hit Dane like a brick, well, he’d take that and run with the fact that his mate was standing here in front of him… his human mate.  The last time his bear had interacted with a human girlfriend it hadn’t ended well at all.  But he would deal with that, and telling his human about his true nature… later.  For now, he was simply going to enjoy being with the woman who completed him.

As the first story in the Bearpaw Ridge Firefighters series I expected a bit of background and world building.  To my reading pleasure, I discovered that everything I needed to know was seamlessly flowing as part of Annabeth and Dane’s story.  As well as giving me a good feel for the folks who populate this Shifter town, and the following stories.  Secondary characters matter to me, they bring a book alive and help me believe in this particular magic.  I adored just about every person I met in Bearpaw Ridge.  Roger is an exception of course, but he doesn’t count… the slime ball.

I enjoyed Heat very much.  Annabeth and Dane’s romance moved along naturally, there was interesting interaction with his brothers (and hopefully more stories), and the tension from Annabeth’s past slowly built until it erupted in a very satisfying plot twist.  I’ve already downloaded the second story, Smolder, so I guess you could say I’m committed to these characters.  Once you pick this one up, I’m betting you will be too.

Lover Shifter Romance?  Then I’d recommend this one without hesitation.  A cute couple, believable situations and some hot, sizzlin’ sexy times.. yeah, you’ll like this one.