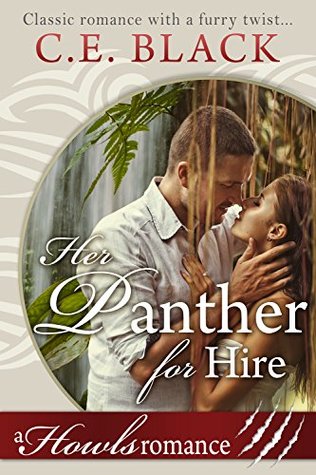 When Lainey Nickels hires a shifter mercenary to take on the job of rescuing her abducted brother Shane, she has no idea what she will encounter. It definitely isn’t the enigmatic Gideon Hunt. He certainly looks like he could take on a jungle full of kidnappers singlehandedly. But Shane is her brother; her responsibility. Lainey isn’t going to leave his fate in just anyone’s hands. And she brought her passport to prove it.

Gideon Hunt would rather work alone and he makes damn sure to remind Lainey of this fact every chance he gets. But his predatory stares and gruff demands don’t scare off Lainey. She’s annoyingly independent, but her bravery draws him in.  She accepts the man behind the brusque exterior and knows exactly who and what he is. To Lainey, he is one of the good guys. But Gideon knows better.

Stress and a need for comfort bring the two together in an explosion of passion, reawakening desires both had long forgotten. Neither expected their hearts to get involved.

Her Panther For Hire is a quick, tense and sexy journey of two unlikely people who end up being just right for each other.  The action begins early on and while the action packed part is closer to the ending, the tensions between Lainey and Gideon are quite obvious.  The annoyance and the sexual tensions.  Lainey has hired Gideon, a shifter mercenary, to go in and rescue her brother Shane from a kidnapping/hostage situation – and being the protective, big sister that she is Lainey insists on going along on this rescue even though she is not equipped in any fashion to be of help.  More like a hindrance.

Their attraction bubbles beneath the surface of the job they’ve got to do, but eventually surfaces to hit them emotionally hard.  Gideon has a troubled past and he’s not looking for, or believing in commitment.  Lainey believes she can change his mind, eventually.

I enjoyed this quick story.  Lainey and Gideon are both quite stubborn people and the sizzle between them is quite obvious.  I’d recommend this one for any Paranormal Romance or Shifter Romance reader. It’s quick, fun and sexy.