Posted May 6, 2019 by Marsha in Shifter Connected, Shifter Series / 0 Comments 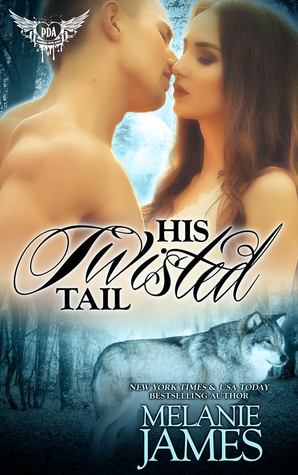 HIS TWISTED TAIL is a short and sexy story set in the Paranormal Dating Agency World, but also the first story in the series within that series Twisted Tail.

Calder has taken over as Alpha of the Twisted Tail Pack, and he has one headache of a mess to clean up after the actions of a truly evil former Alpha practically destroyed lives without thought or care.  There is a lot of healing and leadership needed in this Pack and Calder is fine with providing that, it’s just going to take some time and his own actions to prove himself to his new pack members.  He won’t tolerate any nonsense from them, but with several members of the Pack working against him he always has to have an eye on his back and the welfare of his people.  Someone has dug up an ancient pack law that states that an Alpha must be mated in order to hold the position.  Like Calder has the time to go searching for his mate, but a friend has another option for him.

Daisy is sick and tired of the men she dates letting her down and dumping her because she doesn’t fit their “requirements”.  Why the heck did they even date her if all they wanted to do was change her?  She’s taken a break from dating and focusing on her career as an ER doctor.  One day she actually runs into a sweet little lady – inserts a hearty laugh at that description – one who has a love for coffee and pastry, and knows a bit about romance and finding just the right person.  Gerri Wilder didn’t have to let herself be knocked down but she knew that Daisy needed her unique help, and she soon had the perfect man in mind for this skittish lady.

I enjoyed this quick story enough to plan on reading the entire “series within a series”.  It’s fast and hot, and sizzling yet there are answers that I really wanted from Calder and Daisy which I hope I’ll find within the rest of the series.  And for a good story, I’m willing to wait for those answers.  One thing I will remind readers of, keep in mind Calder’s special gift, it might explain how some things happened so quickly.  Overall I had a good time and I’ll be back for more.