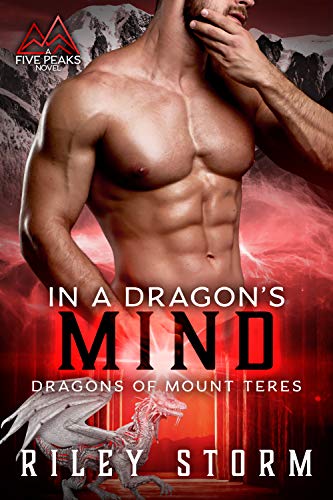 ‘In A Dragon’s Mind‘ begins the ‘Dragons of Mount Teres‘ series (which is connected – as the middle series – with ‘Dragons of Mount Aterna‘ and ‘Dragons of Mount Valen‘) with a truly intriguing romance, or perhaps even a romantic suspense story between a human woman who is quite skilled as a thief and one dragon shifter who has left his home and settled for far less than he deserves with another dragon clan.

Vlad and Ellyn drew me into their world and held me captive there (and to their story) from beginning to end with ease.  I liked them both, for different reasons but together they shine.  But before that happily ever after can be realized they’ll have to escape from one powerful, dangerous dragon clan and make their way to a safe haven, at least for Ellyn (Vlad won’t feel worthy of being there, at all).  Betrayal will come from a very personal and close source for Vlad – and while he might barely understand it, the turning of his once best friend will hurt down to the heart.

If you need your Shifter romances to be filled with intrigue, betrayals, danger, sizzling sexy times, good friends, and unseen enemies then ‘In A Dragon’s Mind‘ would be perfect for you.  For me, well, I seem to have started this world in the middle and now have to decide if I’m continuing in this series right now or going back to the first series in this world next… I know what I’ll probably do, I always seem to need to start from the beginning.  *shrugs with a smile*  I had a blast and if you love a sexy dragon and his sarcastic loving mate then I’m betting you’d love this story as well.