Posted May 27, 2017 by Marsha in Shifter Haven Discussion / 0 Comments 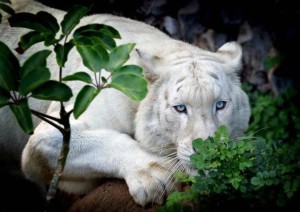 It’s sometimes hard for me to believe that Shifter Haven has been up and running since December 5, 2015.  What started out as an additional blog for my special love for all things Shifter has become, if not my main blog, than my second home away from Keeper Bookshelf

As we’re heading into June of 2017 I’ve managed to complete, so far, one goal for this blog for this year and onward – at least one daily post.  I’m happier with that amount rather than one post today and three the next and two the next  that was happening last year  I am so in love with scheduled posts now, I don’t know how I could keep up this pace without them.  Occasionally you’ll still see two posts when I’ve finished a current story that already has the previous ones in the series posted – and to keep timely for authors for I do understand the value of timely posts of new releases.

I’ve met some amazing, talented authors through this blog.  Some have requested reviews of their current books, others I’ve “met” while scrolling through the books over at Amazon.  I’ve tried to add new to me authors often, of course, we all have our favorites – but that list can always be increased with new talent.  I’ve loved seeing the different slants on Shifter lore from different authors, that always keeps my reading interesting and lively for certain.  Discovering Kindle Unlimited (a thank you to my son’s Christmas gift one year) has only broadened my horizons on Shifter stories and other genre.  The length of the majority of Shifter Romance stories is long enough to give me a good story experience, and short enough that I can easily fit in an hour or two of reading at some point in the day to keep that daily post goal of mine a reality.

Now that I’m fairly certain that I can keep this scheduled ahead pace going, it’s time to start up the second goal I have for Shifter Haven this year.  And that is to go back to the authors and series that I began reading long before this blog was even a distant wish.  Authors like Christine Feehan and her amazing Shifter series to which I’m addicted.  Her Leopard series is a favorite but, gosh, I love the (Dark) Carpathians so much that I’m tempted to start putting the Carpathians here as well for while there may be vampires there are also shapeshifters as well.  So Leopard series for certain.  Carpathians probably.  A Lion’s Pride series by Eve Langlais will be starting this week – I’m enjoying re-reading those to update my memory before I do the reviews.  And a few others that I’ll get started on this year.  Most require a re-read for I want my memory of the story to be correct, but re-reading those stories is no harsh chore at all.

I believe I have a handle on how I want the rest of the year to go for Shifter Haven – but life often has other plans, so I’ll just cross my fingers for luck.  But it does feel good to have a plan of operational intent in place, on paper at least *grin*