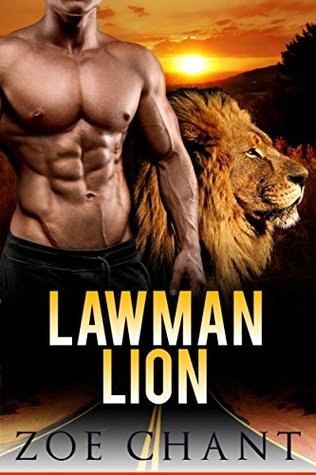 Charity Crawford works hard at the diner her father left her. The middle of nowhere on Route 66 isn’t the most exciting place to live, but Charity has her hands full with the biker gang that’s moving in on her diner. She can’t fight them off, and the local police won’t help… until the new sheriff in town walks into her diner, and into her heart.

Lion shifter sheriff Mason Whittaker has lived all over the map, but he always seems to end up back home in the end. And when a group of shifter bikers start making trouble in his hometown, he knows he can’t sit idly by. But to his surprise, the gorgeous woman he rescues is the fated mate he never thought he’d find.

The connection between Mason and Charity can’t be denied, but the looming danger threatens to tear them apart. The biker gang wants Charity’s diner – and they won’t stop until they get it. Can Mason keep her safe and win her heart?

Charity is about at the end of her rope.  This diner was passed down to her from her dad, and she never closed it down.  Now she was seriously considering it.  The Reapers motorcycle gang has chased away her few regulars, and new customers take one look at the bikes in the parking lot or the rough gang members inside and quickly turn around and head out the door.  The local police aren’t going to do anything about this harassment, probably half the force is on the Reapers payroll.  Charity is not sure how much longer she can hold on, her crew is in danger and her customers as well.

Mason is the newly elected sheriff, and he knows far more about the Reapers gang than most of the citizens.  He can smell them, and his lion does’t like that they are in his territory stirring up trouble.  His position is to protect through human laws, but shifter laws also apply to these riffraff.  He walked into Charity’s diner looking for a relaxing meal – what he found was trouble in the person of Jessup, the gang leader… and his mate.

Now Mason has an additional reason to get this gang out of town.  But it’s not going to be easy.  His uncle, who is also his Alpha has a ranch outside of the small town.  The pride is more inclined to keep to themselves, avoid humans and simply live their lives.  While Mason wasn’t forbidden from running for sheriff, his Alpha isn’t exactly pleased.  When he explains that he has found his mate – and she’s human – Mason expected an argument, what he didn’t expect was the reaction of his younger, spoiled cousin.

Lawman Lion is a  captivating story with not only a strong, sexy couple but some intriguing story threads.  I enjoy a well rounded story with strong secondary characters and Zoe Chant never lets me down on that.  In each of her “stand alone” stories there is enough family, pride, clan, pack interaction that I almost look at them all now as possibly the first story in a series… or maybe that’s just wishful thinking.  *grin*

If you love Shifter Romance and enjoy a good, solid story along with your sexy times – then Lawman Lion is worth picking up… cos you’ll find both.  And isn’t that why we read Shifter Romance?