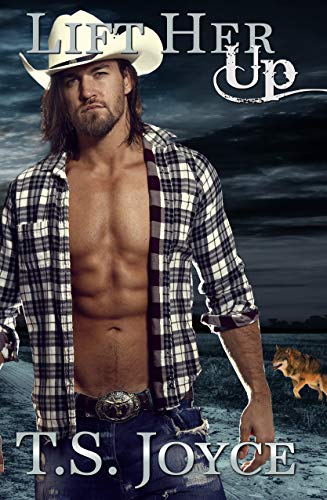 All the ghosts of Wes’s past are coming back to haunt him in a big way. A handwritten letter changes everything when he finds out his brother, Sam, is alive after Wes has thought him dead for years. The one who has tracked him down? The love of Wes’s life, Summer, but when she shows up on his doorstep, she isn’t the bright and cheery girl he left all those years ago. Summer is different now– tough, snarly, independent, angry, and wrestling with an animal side that is relentless. Nothing can hide the dark beauty that radiates from her though. Her anger is Wes’s fault, but he had good reason. And now she is sending him on a mission to avenge his brother and set Sam free from a dominant pack of werewolves that thrive in war. His only ally is the woman who hates him the most.

Summer isn’t so summery anymore. There are no happy rainbows hovering over her life right now as she struggles to control the savage wolf inside of her. She loved hard once and got really burned, and now she’s back to send Wes on a fool’s mission that will probably get him killed. All she has to do is not get attached to the charming alpha of the Kaid Pack. That man was trouble since the day he was born, but there is something about Wes that calls to her. The more he reveals about the reasons he left her, the more she thinks she might have been wrong about everything, and now sending him on a mission to fight an entire pack doesn’t seem like such a good idea. If something bad happens to him, her heart might just get broken…again.

The time has come. Time to heal, time to rise up, time to protect the throat of the man she once loved. Even if it means the end of her.

For a complete listing of all the many series, their titles, and links to the reviews done here at Shifter Haven, please visit our T. S. Joyce page.

I’ve been reading T.S. Joyce’s shifter romances for years now, and I admit that I am totally addicted to the worlds, the characters, the situations she creates – and I hope they never ever stop.  So when I say that Lift Her Up is the most intense, gritty shifter romance I’ve read, well, you see there is some history behind that statement.  I knew that when it came time to hear from Wes that it was going to be an amazing tale, I never expected the story we are gifted here that’s for sure.  Intense, emotional, with underlying sizzling chemistry and history between Wes and Summer… and that’s just the first chapter!

Have you ever read a book where you could actually “feel” the pain, the emotional anguish of the characters through their words, their actions?  That’s probably the best way I can describe Lift Her Up without giving away what I’d consider spoilers without any great details in this review.  We learn what happened, years ago, told to us by Wes’s words, memories, pain, and trying to get Summer to understand why things happened as they did.  Neither is the person they once were on that fateful night.

I hurt for both Summer and Wes – it’s as simple as that.  What these brothers and one brother, not of blood, have gone through is unimaginable – yet they survived, some might say thrived in many ways especially after finding their mates and having their lives turned around in far different ways.  I was held captive by this story and loved every moment spent back in this world.  We aren’t done just yet, and that is a story I’m really looking forward to.

Yes, very vague about this story and I’m not one bit sorry for you should discover the emotional intensity of Lift Her Up for yourself.  If you devour Shifter Romance that makes your heart pound, forces a few unexpected laughs to escape, and need characters that feel so real, then you’ll want to read this series.  I’d start from the beginning since they do, in some ways, build on each other.   But the Kaid Ranch Shifters is a series that any Paranormal Romance or Shifter Romance fan would love.