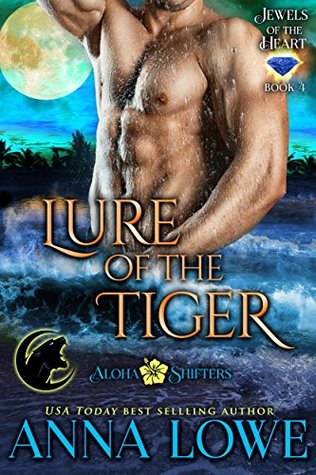 I will admit to having a special kind of love for cat shifters, so I’ve been looking forward to the brooding, elusive tiger shifter’s story… a  lot.  And I wasn’t one tiny bit disappointed for Cruz was paired with his absolutely perfect mate… see destiny or fate does know what it’s doing.

Jody and Cruz met under most unusual circumstances, but saving a life, even if that wasn’t his first plan was the right thing to do.  Jody was nothing like he expected the betrayer of his family to be, probably because she was as innocent as a lamb… and a possible decoy for what someone really wanted.  Cruz’s tiger knew precisely what this woman was… theirs, and he wasn’t shutting up about that fact either, much to Cruz’s annoyance.  Having conversations, out loud, with his other half made him appear quite crazy at times, but this amazing lady took everything Cruz could dish out in her easy going stride.

I really liked Jody.  I like all of this crew’s mates, but Jody has that unexplained ‘something’ that puts her at the top of the heroine list.  Maybe it’s her family’s history of accepting the unacceptable easily, maybe it’s her outlook on life, or maybe she’s just a super smart, likable person.  But Jody captured my attention just as much as Cruz did.

There is danger in Lure of the Tiger …danger to more than just Cruz and Jody.  In many ways this romance sets up the story we’ve all been waiting to hear, Silas.  The connections become apparent as we discover who is behind the attacks on Jody and Cruz.  While I truly don’t want this series to end too soon, I have to admit to needing to know Silas’ story.

I was once again captured by the feel of being back on the location of Magnum, P I, I even have my own Tom Selleck candidate among these shifters. *grin*  While not every couple has a large part in this story, we do get to meet up with the rest of the crew.  If you love Shifter Romance, have fond memories of a certain Hawaiian private investigator and simply love a really, really good story – then Lure of the Tiger and this entire series is one you should already be deeply involved with.  I would highly recommend the  Aloha Shifters – Jewels of the Heart series to any Paranormal Romance or Shifter Romance reader who enjoys fast paced action, sexy moments and truly likable main characters.