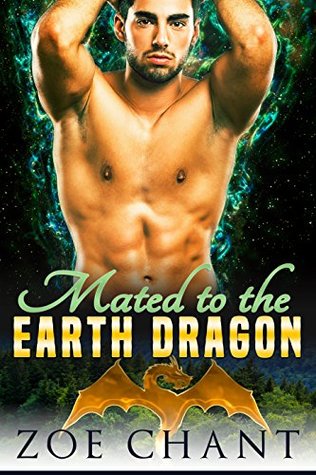 Autumn Carter is a sheltered travel agent who has never traveled. But after planning her trip of a lifetime to Iceland down to the last hotel and landmark, she’s forced to throw all her plans out the window when a hot-as-blazes dragon shifter and a bunch of homicidal fire dragons crash her vacation!

Damon Drago is the powerful Dragon of the Earth, member of the Council of Elements. On the trail of dangerous fire dragons in Iceland, he instead finds what he least expected – his mate. Her luscious curves kindle a passion hot enough to melt the ice and make him want to forget all about his duty – but the fire dragons have other plans. Now his mate is in deadly danger and only Damon can protect her, by whisking her away to a secret shifter town hidden in the mountains.

But when the fire dragons attack the seat of the Council of Elements itself, nowhere is safe. Is the power of Damon’s element strong enough to protect his mate? Or will dragon’s fire burn hotter than their love?

Autumn had her dream vacation to Iceland all planned out.  As a travel agent who had never traveled beyond home before this was a major event in her life and she was going to enjoy every second of it.  But… you know what they say about best laid plans — they never quite work out as intended.

Damon was on the hunt.  Fire dragons, long thought extinct since the Middle Ages have reappeared and are intent on destroying everything and everyone in their path, especially humans and the Council.  His latest search took him to Iceland where at the famous Blue Lagoon he felt… something.  Not a fire dragon but his mate.  Now of all times, his mate.  His mission just changed, now he has to protect his mate, tell her that dragons do exist and fight fire dragons.  Life just got interesting.

Mated to the Earth Dragon continues the Elemental Mates series with Damon, the earth dragon at the center of the action.  This fast paced, action filled story will keep you on your toes while watching a lovely human fall in love with her dragon… and create a few sparks herself.  Autumn isn’t without her own capabilities, even if she doesn’t have magic.  I enjoyed my time back in this dragon world.  Definitely steamy, sizzling sexy times, an attack on the heart of the Council, a shifter town to fall in love with and a really, really good story to get caught up in.  I would recommend this story and series to any Paranormal Romance or Shifter Romance reader.