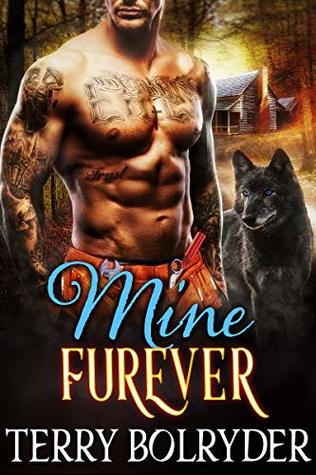 Grayson Carver is in a tight spot. On one hand, he’s doing his best to help the local wolf shifter pack and keep a promise. On the other, the wolves only see him as a rogue and an outcast, a troublemaker. But trouble is only the tip of the iceberg when a human woman wanders into their settlement, leaving Grayson to deal with her. Now the battle-hardened wolf may have just found his mate.

April Nielson has made it her life’s work to research and aid in the preservation of wolf packs nationwide. So when reports of wolf sightings in the sleepy town of Silver Lake drift in, she’s immediately on the scene to do her job. But instead she comes across the most stubborn, tough-looking, and sexy man she’s ever laid eyes on. One with piercing gray eyes and a body that is beyond even her wildest fantasies.

Though Grayson knows he’s supposed to send the little woman packing before she can uncover the secret of the pack’s identity, Grayson’s wolf has other plans. Like mating the wolf-obsessed researcher as soon as possible. But even as hot attraction explodes into earth-shattering romance, April knows there’s something that Grayson’s not telling her. Something that may just come back to bite them both.

Mine Furever continues the dynamics set out in Love at Furst Sight in the Built Fur Love series.  If you’ve read any of my Shifter Romance reviews you know that I’m a strong believer in starting at the beginning of any series for the entire impact.  That is an even stronger belief with Mine Furever for it is through Grayson and April’s story that we will see just how dysfunctional, out of control and backwards the wolf pack at Silver Lake (and on Dawn’s property) truly is.  Bringing these wolves to a point where they can interact with humans and keep their shifter secret is going to be a much larger, more difficult project than Garrett, Grayson or Hunter ever thought.

I liked April.  She’s fierce in protecting natural wolf packs, yet realistic at what that protection involves.  She may be falling for a grumpy, far too silent on the important facts man, but when the time comes she will take crap from no one and her loyalty to Grayson, even in the middle of being angry with him shows that it’s not necessary to be a wolf to protect and stand with your mate against all odds.

Grayson will put up with a lot from this dysfunctional pack for he sees his past, in many ways, in their actions.  Yet he truly didn’t realize the extent of the backwards thinking of this pack’s Alpha until it was almost too late.  He is slow to give April the facts, and that will put them both in danger.  Yet it is also through that danger that we’ll see, in action, the true pack/clan/pride that this group of friends has become… they have their Alpha, even if he wasn’t acknowledged as such.

A few idiot’s actions, some jealousy and trying to help people who don’t know if they want that help will all come into play in Mine Furever.  I enjoyed this story, and while Hunter’s story is up next I really hope that we get to see how this pack integrates to modern times for there are some interesting characters starting to show their true colors and I’d love to see how that plays out for this pack.  Time will tell, in the meantime we have one super sexy, laid back cat’s story to look forward to.  Love a Shifter Romance with a few twists?  Then you’d love this series, and I’d highly recommend these stories to any Paranormal or Shifter Romance reader.