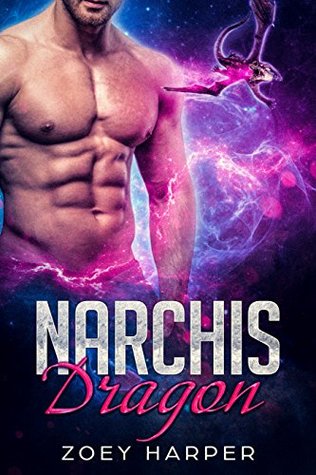 What he’s hiding could spell the end for her…

For Narchis, captain of an elite team of dragons, falling in love is not an option. How could it be, when his entire career has fallen to lows he never imagined it could? But when a deadly mission brings a curvy, sassy woman his way, the restrained dragon will have to reconsider everything he knows about love.

Zara hates shifters. After years of running from them, getting kidnapped for a breeding program pushes her to her limit. But just when things look bleak, she’s rescued by a powerful group of dragons. All she wants to do is go home, but there’s one dragon, with intense gray eyes, who gets under her skin.

Soon, the sexual energy between them grows hotter than a dragon’s fire, as an old enemy’s growing menace sets this couple on a steamy, action-packed fight for survival. But Narchis has a secret that could spell the end for Zara…

Narchis Dragon is part of the Shadow Squad series.  For a complete listing of titles in this series please visit the Zoey Harper page.

Narchis Dragon takes us into the mix of shifter and alien worlds through their team here on Earth.  I am not a huge alien reader, yet when you combine the fascination I have with all shifters, particularly dragons, and make those shifters from another world, here on Earth for a very good reason… then you have my attention.  When it’s done well, then I’m caught up in the story and the origins of the characters I come to care about matters not one little bit… and I did indeed get wrapped up in this world.

Narchis finds himself as leader of another elite squad.  Just not the one he expected.  One little mistake, or large one depending on your viewpoint can mangle a career, and that is exactly what he’s facing right now.  Unfortunately, he hasn’t exactly gotten to know his new team very well at all, and that shows in their strictness around him, yet more casual standing among themselves.  That’s about to change with one woman he never expected to find.

Narchis and Zara make a powerful, stubborn couple.  And admittedly, while I liked them together, I didn’t always like Zara.  She’s fiercely stubborn and determined.  And while those traits are good ones, she’s often a puzzle to me.  I never completely connected with her, I like her just fine, I simply liked Narchis more.  Yet together they fit perfectly, and really, that’s all that matters.  This world is rich in a definite history unique to these dragons, their ways are slightly different and that’s to be expected as well.  There are some nasty villains, and I’ve a feeling we haven’t seen the worst of them yet.  There is also a building camaraderie between all the characters.  That is something that grows over time, and through individual stories so I’m looking forward to learning more about the members of this particular team.  By the ending of Zara and Narchis’ story we begin to see individual personalities emerge.  That is always a defining part of whether I’ll follow a series – I need to know more about the people I’ve met, and now I’m really curious about these military dragon shifters.

I try my best not to give you spoilers, and stick to what has been mentioned in the cover story blurb.  But, I believe that anyone who loves Shifters will enjoy Narchis Dragon and will want to continue on with the Shadow Squad series.  I know I did, and do.  There is danger, sexual tensions, building friendships, steamy moments and that elusive something that says that I can believe in this world.  So, yeah, I’d definitely recommend this story and series to any Paranormal Romance or Shifter Romance reader.  You’ll find a fascinating story to get caught up in, and will want more… so much more.