Posted May 10, 2017 by Marsha in Shifter Connected, Shifter Series / 0 Comments 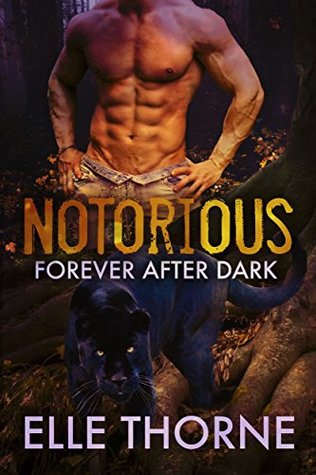 Circe Brazos is notorious. Notoriously hard. Notoriously bad ass. Notoriously alone. And she’s damned happy that way. Don’t give her any complications in her black and white world.

Circe’s a shifter elemental hybrid. One of the very few who exist. Too often these hybrids do not make it to adulthood. The fact that she and her siblings did has made them uniquely qualified to run the Order of Elementals—a secret group designed to assist elementals, particularly those who share a host with a shifter.

Long ago, Circe kicked Mae Forrester out of her life. Now Mae’s back, and Circe has to deal with the reasons Mae left. As if that’s not bad enough, a gorgeous hunk of a shifter shows up on her doorstep with a little girl hybrid who desperately needs Circe’s help. Except, Circe didn’t know at the end of the day who needed help more—herself or the young hybrid.

Lincoln Avila has a damned good reason for hating elementals. They’ve torn everything in his life apart. Now he has to deal with the fact that his niece, his ward, is a hybrid. Thought that was bad, did you, Linc? Here’s bad, for real. Don’t fall in love with Circe, the hybrid elemental bad ass who has no fondness for gray areas or men. The beautiful, notorious, curvy hybrid has found a way to wrap herself around his heart. Convincing her to let love win won’t necessarily be easy.

That’s okay, Linc’s up for a challenge. He just has no idea the challenge could lead to life or death—his own.

Titles in the Forever After Dark series include:  Notorious –

There are times when a story will simply leave me breathless.  I cannot explain the magic that makes one book out of a hundred have that effect on me, I only know that when it happens I sit back and enjoy the experience.  Notorious gave that gift to me this morning.  And I was oh so tempted to re-read it again to pick up on any nuances that I might have missed – but I held off for another time.  I have read Elle Thorne’s books for some time now, and I have many favorites but I honestly think that this story is her best yet.  That’s not a statement I make lightly.  It touched me on a level that’s hard to explain but certainly is felt.

If you’ve followed these series, then you’ll know that we’ve had bits and pieces of Mae’s life.  Now in Notorious we get a completed picture of what she left behind for love, and the woman who has never forgiven her for leaving.  Circe has never allowed anyone, especially a man, keep her from her calling.  She’s never experienced what Mae did when she met her mate and made the choice to follow him into a new, different life.  One kiss from Linc will show Circe what Mae had in her mate… and finally Circe understands.

In Notorious we are witness to an epic battle unlike any we have seen before.  The vivid emotions, actions and outcomes from that battle will remain in your mind even after the final page is turned.  It’s such a thin line between giving my opinion of what I consider a great story and giving away spoilers – so I think I’ll stop and just say that this is a story you should be picking up.  It has romance, shifters, elementals, battles, family, love, anger… and sexy times.  Just about everything you could possibly want to be thoroughly entertained.

I would highly recommend this story and I’m so looking forward to the next story in the Forever After Dark series.