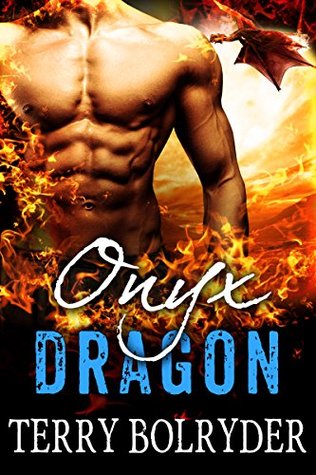 Isaac Morningstar III, or Zach to the few who know him, has hit rock bottom. Once an immortal, nearly-invincible dragon, he’s been awakened only to have his powers and his treasure locked away until he can prove himself to be a trustworthy protector of humans. Since Zach has never liked humans, he’s pretty sure he’s going to end up back on ice. That is, until he meets sweet, curvy Erin, a human hairdresser who might just turn his world upside down.

Erin has a pretty routine life, but that ends when a tall, gorgeous man appears out of nowhere, claiming to be an ancient dragon with immeasurable power who wants her as his mate. She doesn’t know whether to laugh or run for the hills. But when the mysterious stranger saves her life and needs her help she can’t just turn away.  Still, the closer she gets to Zach, the more she realizes there may just be something truly magical about him.
But as the forces around them close in, Zach is quickly realizing that the darkness lurking inside him may be greater than he anticipated. And the beast within may not be the only thing they have need to fear.
Sexy shifters and their feisty mates who aren’t shy about loving each other – so, this is an adult, 18+ reader tale.
Titles in the Awakened Dragons series include:  Onyx Dragon – Sapphire Dragon – Ruby Dragon – Diamond Dragon – Amethyst Dragon – Emerald Dragon

The Gem Dragons are an ancient breed who have been in a deep sleep for the past several centuries.  They’ve been brought to a secluded spot and awakened by the Oracle who has also collared them with a magic device that tamps down their dragon powers.  In their natural time, dragons didn’t think too much of humans, they were most often collateral damage or at the least annoying creatures.  The Gem Dragons are being awakened for a reason known only to the Oracle, yet they will serve a purpose in this modern world – and to do that, they have to actually like the humans, feel an affinity with the creatures who they feel are so far beneath them.  These proud, arrogant, ancient creatures will be sent out into our world in their human forms, with only the clothes on their back to not only survive, but to gain an understand and acceptance of humans.  The results will be not at all what these men expected, and perhaps more than they could have ever dreamed of.

Zach, the Onyx Gem Dragon is the first to be awakened – and to say he is displeased with his situation is a vast understatement.

I enjoyed Zach and Erin’s romance.  Truth be told, it was a wee three-legged kitten named Bo who truly stole my heart on this one.  Erin is simply your average human, going about her everyday life when – boom – magic appears in her life.  He might not have looked like much at first glance, but there was something about Zach that pulled her in.  And the rest is a fun, sexy journey to find Zach’s compassion towards humans – especially since one of the creatures is his mate.

I binge read the Awakened Dragons series a few months ago – and yes, I’m just getting some of those reviews from that binge up on the site.  So, while this first story left me with a lot of unanswered questions and assumptions, I’d have to say to readers unsure about this one – continue on, it is well worth the time invested once all the facts are understood and revealed.  In the meantime, enjoy ancient dragons coming to terms with not only the modern world, but modern women as well.  I had fun, and that was well worth the reading of this first story of Zach and his Erin and adorable Bo.