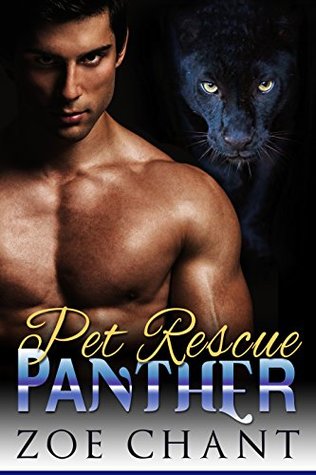 Curvy cat-rescue volunteer Tessa Davelos can’t fix her wounded soul, so she’s out to save the world instead, one kitten at a time. But when her tragic past comes back to haunt her in the form of an unstoppable dragon assassin, a drop-dead gorgeous cop cruises through the door of the cat shelter and into her broken heart …

Ben Keegan knows his panther can’t fight a dragon and survive. But he doesn’t care, not with Tessa in harm’s way. She’s his mate, whether she’ll believe it or not, and any dragon that wants to hurt her is going to have to go through Ben first.

I had such fun with Pet Rescue Panther.  Just imagining a huge panther shifter covered in kittens is a scene to melt anyone’s heart.  *grin*

Tess is a loner.  She was orphaned at a young age when her parents were killed in a car accident and spent most of her youth in foster care.  She doesn’t trust easily for she’s never had a place to stay, where she was wanted – she’s used to traveling light and not making attachments.  Recently a lawyer had tracked her down to deliver a package from her parents that was in safe keeping at his office.  Among the items in the box was a dazzling necklace that Tessa never takes off.  It was shortly after receiving the package that she first saw the strange squiggling symbols on the door frame of her apartment and now at the cat rescue where she works.  She believes them to be gang symbols and pays then no attention – her best friend, Melody knows differently.

Ben is a panther shifter and a police officer recently working undercover.  He is the son of a powerful dragon and has spent his life trying to deal with the fact that because he followed his mother’s shifter genes and is not a dragon himself that he is less than worthy in his father’s eyes.  It is a losing battle and he’s simply accepted the fact that he and his father will always be at odds.  His sister Melody is a dragon shifter yet is a very meek and quiet woman who tries her best to blend in and not question their father very much.  When his father asks him to protect a friend of Melody’s Ben is confused not only by the request but by the honor code that his father lives by.  While he will tell Ben that Tessa is in danger, he is honor bound to not interfere in what will happen to her.  Totally frustrated Ben will head out to the cat shelter where Tessa works to discover that this lovely lady who has an attitude as sharp as kitten claws not only refuses to believe him… but that she is his mate.  Life just got complicated.

What follows is a delightful tale of dragon assassins, mad dashes to safety, a dragon with a major attitude and lots and lots of adorable kittens.  Oh, in case you ever wondered, kittens love panther shifters – dragons not so much, the claws come out around them.  Pet Rescue Panther will give you more than a few chuckles, a sexy couple, danger and an unexpected twist.  I love when shifter lore is added to by any author and this twist is definitely unique.  I’ll be frank and tell you that I love all of Zoe Chant’s stories – but this one will hold a special place in this reading heart of mine.  Simply loved Ben and Tessa.

I’d not hesitate to recommend Pet Rescue Panther to any Paranormal Romance or Shifter Romance reader who loves a solid story, plot twists and turns, catching up with characters from earlier in the series and trying to figure out who will have their tale told next.