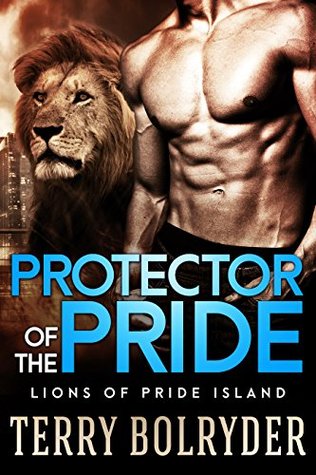 It’s always a slightly bittersweet moment when I come to the ending of a series.  I’ve grown found of the characters, I cared about what happened to them and to say good-bye is not always easy… even if necessary.  Yet – I’ve come to know Shifter Romance authors enough to know that the ending isn’t always the end of meeting up with favorite characters – so time will tell.

The princes Beau and Cain have found their mates, even if they were picked out by the Oracle, still they found their happy ever after in strong, sassy and loyal women.  So far for Axel, the prince who has taken up the reins of King since his father’s death – the Oracle has been silent.  And the waiting is getting on his nerves.  It was true that some of the weight of being leader of his people, in name at least if not yet fact, has lifted since the Oracle did send his current secretary, Lucy, to him not so long ago.  If she was perfect for the job, if his eyes strayed to her curves and her smile a bit too often, if he thought about her far more than he should… well, that was between him and his lion.  Axel knew he had no true choice for picking out his own mate, the Oracle always made that choice for the royal family.  But if he could, his heart was telling him to look in Lucy’s direction.

Lucy has secrets.  Ones that have hurt her in the past, and ones that she will never let her guard down enough to tell the man who should be told.  Axel has been the perfect boss, for a King that is.  And if she watches the frown lines on his face deepen and longs to ease the tension there, if she does everything in her power to lighten his heavy load, if she cannot get him out of her mind or the things that she’d love to do with him either… well, that is between her and her lioness.  He could never pick her as a mate, his path was decided by the Oracle.  But… what if she could help him and herself out just a bit while he waited for that decision.  What if… they indulged in a pretend romance, just to give him some practice of course.  It wouldn’t count, it wouldn’t be real… they wouldn’t let emotions get in the way.  Right?

I enjoyed Protector of the Pride.  Axel has been that perfect brother, the one who takes on the responsibilities while Beau and Cain went out and lived their lives.  Doesn’t really seem fair, does it?  Finally, Axel is stepping out from those responsibilities and leading with his heart, his instincts.  Everything within him is saying Lucy is his mate.  And he’s about to defy convention to prove that to her and the Oracle.  Would he give up his crown, the country he loves with all his heart?  Yes, if it means he cannot have his own heart next to Lucy.

I loved the banter between Axel and Lucy, how she never let’s him get too full of himself.  There is tenderness within the passion between them.  Oh, yeah the sexy times were sizzling… but the obvious affection and need for each other was there from the start.  It was the perfect ending of a series that I enjoyed …and if I have secret hopes of a spin-off, that’s between me and my Kindle.  *grin*