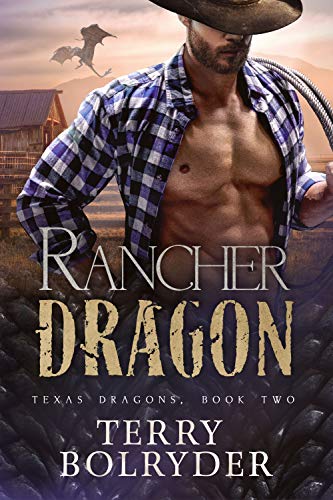 Save a horse, ride a rancher dragon…

Beck is a big, growly mountain of a man with a monster of a dragon inside him. He keeps to himself, only leaving Dragonclaw Ranch when his inner beast feels unsafe for his friends. But when a brush with death makes Beck give a stranger his dragon’s talon coin, he wakes up to a pretty, curvy woman that he now owes a favor. By the way his dragon growls ‘mine’ and ‘mate’, Beck knows it might be safer for them both if he stays away. Until he finds out Sierra’s in danger, and a monster might be just what she needs.

When a huge, gorgeous mountain of a man fell unconscious on Sierra’s land, she didn’t hesitate to ride out and finally meet her intimidating neighbors at Dragonclaw ranch. They all live up to their legends, with gorgeous, silver-eyed Beck catching her eye most of all. But after a grumpy stand-off with Beck, Sierra heads back home, not wanting to cause more trouble. But when Beck shows up and saves her, insisting on staying around, she can hardly say no to the mountain of a man. Especially when all her body wants is to say “yes” to him.

As Beck guards Sierra and helps on her ranch, heat explodes between them under the beautiful western night sky. But Beck knows that even though this is the most happiness he has ever known, Sierra deserves more than a monster with a past soaked in blood. But when danger from multiple quarters comes calling, including a titanic, ancient beast, Beck must make peace with the possessive, giant monster inside him…or lose everything.

Rancher Dragon is the second title in the Texas Dragons series, and it certainly is an emotional journey for our standoffish dragon, Beck.  He’s kept to himself as much as possible in a group of dragons, a tiger, and a wolf will allow for so long now it’s hard to remember those “good ole days” when he willingly let the monster within loose.  Beck believes his dragon is unstable and shifts only when absolutely necessary for his health or in a dangerous situation.  What Beck isn’t seeing is that his “monster” dragon seems unstable to him because he isn’t let out often enough to know right from wrong, acceptable from the “no, don’t do that” stuff that his friends’ animals have learned over the years — but Beck is about to get an education on letting loose and allowing people in when he is badly injured in fighting the crews’ nefarious enemy and believes himself close to death.  By handing his dragon talon coin to the beauty who is trying to save him, Beck is certain he’s only showing his friends where his dead body will be… surviving and finding his mate never crossed his mind.

Now, this grumpy, standoffish dragon owes Sierra a favor and he might be fighting the attraction between them tooth and claw but fate has something else in store for Beck and Sierra.  I absolutely adored Beck, he’s so clueless about things that it’s simply cute.  Sierra is facing a man-made danger of her own, and Beck will fulfill that owed favor in helping her keep her ranch out of her enemy’s hands.  Along the way, this couple is going to face other dangers, a fated mate attraction, and some sizzling sexy encounters before it’s all over and done.

Without giving plot points away, I’m going to say that I’m really enjoying the hints about this crew’s enemy and I can’t wait to see if it’s going to go in the direction that’s being hinted at… no more than that, just figuring out plot twists is a fun pastime.  I had such fun with Rancher Dragon and now I’m ready to dive into Wrangler Dragon.  I’m loving the sense that there’s that little bit of needed information just beyond my fingertips in the next story, it’s an anticipation that’s well played out in a way that’s not annoying along the way.