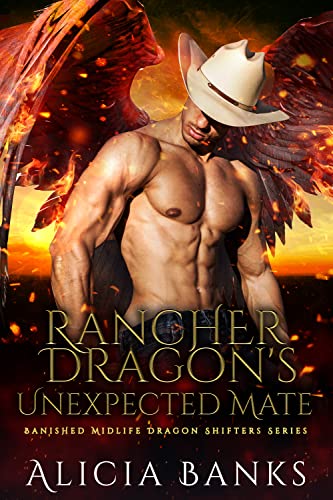 A family starting over after being banished from paradise, their patriarch losing his life after being falsely accused of a crime committed by others. Brothers forged together by duty to protect and provide for their mother and sister. When the oldest brother, a cowboy lonely for love but content in the wilderness, is thrust into the spotlight by a Hollywood sweetheart, her secret might get them both killed.

Ellie Dampier
I was happiest on the big screen where I could be anybody until someone wanted me gone.  Falling props, flat tires, nasty notes in my trailer, I needed to get away, vanish – and my manager told me about Outdoor Outfitters.  The wilds of Colorado, specializing in losing yourself in nature, would be the perfect place to disappear and hope my stalker moved on.

And then I met him – the cowboy who made my toes curl.  Tall, dark, and so handsome I broke into a sweat.  The minute my eyes landed on him, I wanted him.  He was built tough. Rugged. Scorching.  His deep eyes awakened desires in me.  I’m used to any man I want, but he keeps himself at a distance.  But I was going off the grid with him – primitive camping.  I’m pretty sure we won’t need a fire with this heat he’s stirring up, but I don’t want to ruin it by telling him about my unwanted attention.  I just want all of his.

Colden Hale
I had planned on a weekend off the ranch with my brothers – Four bachelors looking for beer, boobs, and mechanical bulls.  I didn’t get out much, so I enjoyed every second when I did.  But then some Hollywood actress booked a last-minute excursion – and I volunteered to stay behind and take the job.  When I met her, passion flared and I didn’t regret a thing.  She wanted off the grid. I was happy to oblige as long as I was with her.

But I held back to find out if she’s real or just playing a part.  Her adventurous spirit made her all the more desirable.  Not even the cold winter weather prevented the heatwave.  I just wanted to warm her up, over and over again.  She’s soft and curvy, and I just know our bodies will be perfect together.  I just need to get her to the cabin and stroke the fire. That was my plan.  But things went a little sideways when she told me her secret.

I found the concept of the Banished Midlife Dragon Shifters series to be, well, fascinating.  And, I’ll admit, although this is my first time reading Alicia Banks’s work I was definitely hooked on this story from the start.  Rancher Dragon’s Unexpected Mate introduces us to Colden Hale and his family who have experienced great loss in so many ways.  Starting over on this mountainside with their Outdoor Outfitters resort was a risk, but it’s slowly paying off.  Right now Colden has made the choice to remain at the resort to tend to a newly arrived guest while the rest of his brothers head out for some well-deserved time off.  Their guest, Ellie, wants to escape into the wilderness for a while, and she sets off all of his ‘need to know this woman’ instincts.  He’s not wrong that their new guest is finding him attractive, but Ellie is holding back some vital information as well.

Ellie was a well-known actress until she was fired when her vindictive co-worker’s lies were believed over her protests and explanations.  Shortly after her firing the incidents of rage and personal danger started so on the recommendation of someone she trusts Ellie headed to the mountains, the wilderness, and hopefully will leave her stalker far behind.  A girl can wish, right?  The handsome, sexy co-owner of the resort caught her attention, just as she knew she had caught his.  She’s trying to escape her reality, and time spent with Colden is exactly what she needs right now.  It’s a mistake to not tell him, warn him about the stalker that’s after her but surely she’s left that danger behind and only needs to hide out for a bit longer.  Unfortunately, that miscalculation will put Ellie and Colden in even more danger.

Rancher Dragon’s Unexpected Mate is intense where it needs to be, steamy and sizzling at other times, and enjoyable throughout.  There are twists here, some expected, some a surprise.  There are layers to this story, well thought out and planned as we travel through the terror, anger, danger, and the connection that Colden and Ellie are facing. This is a story to immerse yourself into, and that happens quite naturally.  Yes, there are some world-building moments, that should be expected in the first story of a new series yet I was never overwhelmed with information as it is delivered when needed.  I enjoyed this couple, figured out some things, and was totally surprised by others.  It’s a good story and a series that I’ll be following because now I need to know more.